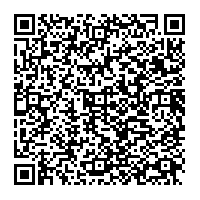 "JVC is committed to collaborating with world-class partners to provide the best solutions and the widest range of options for our professional video customers," stated Hiroyuki Takekura, Managing Director, Professional Systems Business, Victor Company of Japan. "Our goal is to offer a variety of recording options including major video file formats and field-proven media. We are extremely pleased with our alliance with Sony Corporation to support the XDCAM EX file format and the SxS memory card and thereby expand our professional application capabilities."

"Sony is very pleased to license the XDCAM EX file format to JVC. Sony and JVC are both well-established companies in the professional video market and Sony has enjoyed a strong relationship with JVC over an extended period of time," said Yoshinori Onoue, Corporate Executive, SVP of Sony Corporation. "We see this announcement as a natural evolution of this relationship, which will help ensure the continued success of XDCAM EX.

*2: SxS memory card SxS is a flash memory card designed for professional video cameras with a high-speed PCI Express interface. It conforms to the Express Card standard, and has a maximum recording capacity of approximately 70 minutes of High Definition (HD) video with a 16GB SxS memory card.

*3: The development of file format compatible with XDCAM EX series is conducted under license from Sony Corporation.

* All trademarks and brand names are the property of their respective proprietors.

Victor Company of Japan Ltd. (JVC) is one of the world's leading manufacturers and suppliers of a wide range of sophisticated high quality broadcast, professional, recording, playback and presentation equipment, along with computer imaging, internet communications, data storage solutions, and CCTV. JVC is committed to providing video and data-related solutions and service, and markets a complete line of consumer video and audio equipment. For further information, visit JVC's Global website www.jvc.co.jp/english.