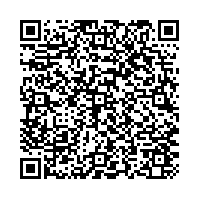 Subscribe to news
(PresseBox) ( Hampshire, UK, 12-08-15 )
The scale of global mobile payment transactions is expected to rise nearly fourfold over the next five years to more than $1.3tn, a new report from Juniper Research has found.

The report - Mobile Payments Strategies: NFC, Remote Purchases & Money Transfer 2012-2017 - found that growth would primarily be driven by sales of physical goods by both remote purchases and NFC transactions. These transactions - which will account for 54% of the total value of mobile payments by 2017 - have already been bolstered by stimuli such as the widespread rollout of NFC support infrastructure and the increased engagement of operators with the mCommerce space. Nevertheless, it observed that despite this growth, those physical goods sales conducted via the mobile phone would still only account for around 4% of global retail transactions by 2017.

According to the report, the recent spate of activity across the NFC value chain has marked a tipping point; it cited Google Wallet, VeriFone's POS terminals and the operator-led ISIS and Project Oscar consortia as key developments in this regard. However, it cautioned that for NFC to fulfil its potential, marketing behind the mechanism would need to be scaled up dramatically.

As report author Dr Windsor Holden pointed out, "While we are now seeing significant deployments of contactless infrastructure, consumer awareness is extremely low. Thus, it is imperative for all members of the NFC value chain to engage with the public to heighten its profile as a simple, intuitive payment mechanism."

Money transfer on the rise

The report also noted the growing importance of mobile as a means of enabling both domestic and international money transfer, although it stressed that in many markets service adoption was being inhibited by national regulatory requirements and by a lack of interoperability between services.

Other key findings from the report include:

- Physical goods sales from mobile/nomadic devices will account for 30% of eRetail by 2017.
- Now that NFC standards are in place, MNOs should start to invest in Secure Elements and Trusted Service Manager infrastructure.

The 'Mobile Payment ~ Check It Out!' whitepaper is available to download from the Juniper website together with further details of the full report.