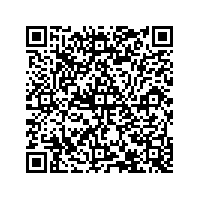 Subscribe to news
(PresseBox) ( Munich, 10-10-27 )
.
- Public offering of up to 11 million ordinary shares entirely from capital increase
- Share price range fixed at EUR 7.00 to EUR 8.00
- Prospective subscription period from October 27 to November 4, 2010
- Planned initial listing on November 11, 2010 in the Prime Standard of the Frankfurt Stock Exchange

A total of up to 11,000,000 ordinary bearer shares will be offered for subscription as part of a public offering in Germany and a private placing in further selected countries. Of this amount, up to 10,000,000 ordinary shares derive from a capital increase against cash, and a further up to 1,000,000 ordinary shares derive from a capital increase from approved capital, which has yet to be approved, and which are to be offered as part of an over-allotment (greenshoe). The successful conclusion of the transaction would increase the share capital of JK Wohnbau AG from EUR 10,764,000 to up to EUR 21,764,000. The prospective subscription period for the shares is October 27 until November 4, 2010. The price range is between EUR 7.00 and EUR 8.00. As a consequence, the gross issue volume of the IPO amounts to EUR 88.00 million, which will accrue in its entirety to the company after deduction of issue costs. All shares are to be admitted to Prime Standard trading on November 11, 2010. The transaction is being managed by quirin bank AG.

The company's CEO and founder, Dr. Josef L. Kastenberger, regards the IPO as the logical further development of JK Wohnbau AG's growth story: "The IPO proceeds will be invested entirely in the operating business, and further growth. We are currently developing around 1,700 newbuild residential units, with a revenue volume in the mid-triple-digit million euro range. We wish to use the IPO funds particularly for the growth of our core business through the purchase of further land for project development. The proceeds will also serve to purchase properties for modernisation and subsequent privatisation," explained the real estate specialist of many years' standing. In addition, the company is planning to use the IPO issue proceeds to improve the financing structure of its current projects. "The strengthening of our equity base will allow us to implement projects on an independent basis in the future, thereby realising attractive returns. As a result, investors have the opportunity to participate in an established and, at the same time, high-growth business model in the attractive Munich residential real estate market," as Dr. Josef L. Kastenberger commented.

Notary sales performance (value of purchase agreements that have been recorded by notaries) of EUR 125 million in the 2009 financial year represented the highest level in the company's history (previous year: EUR 60 million). Due to IFRS accounting regulations, project developers do not realise revenues until a property has transferred to the purchaser. Since a project requires approximately three years until completion and transfer, notary sales performance is consequently the most relevant performance-related indicator that also reflects future sales trends. In the 2009 financial year, the company generated a total output (IFRS) of EUR 44.6 million, and consolidated net income of EUR 5.8 million.

This press release and the information that is contains may not be brought or communicated to the United States of America (USA), or be distributed or transferred to U.S. persons (in the meaning of Regulation S issued under the Securities Act of 1933, consequently including legal persons), as well as to publications with general distribution in the USA. Any violation of this restriction may substantiate an infringement against the U.S. securities laws. Shares of JK Wohnbau AG are not, and will not, be registered under U.S. securities regulations, and will not be offered, sold or issued to U.S. persons, or within the USA, for purchase without such a registration or an exemption from the registration requirement. This press release is not an offer to purchase or subscribe for shares. An investment decision relating to shares in JK Wohnbau AG must be made exclusively on the basis of the relevant securities prospectus valid in Germany, which has been published at www.JKWohnbau.de.

The JK Group, which was founded in 1995, has developed into one of the leading real estate companies in Munich. With a notary sales performance of around EUR 125 million in 2009, the company is among the Top 3 Munich residential construction project developers. The company has positioned itself on the Munich residential real estate market through its clear focus on high-quality properties in good locations with concepts for superior target group requirements. JK Wohnbau AG focuses on the construction of new residential properties and the privatisation of apartments, where existing properties are purchased, modernised and sold in individual residential real estate units.