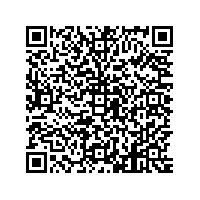 Scottsdale, Ariz. - July 1, 2002 - JDA® Software Group, Inc. (Nasdaq:JDAS) announced that Jim Armstrong, chairman and chief executive officer, was named Ernst & Young’s 2002 Arizona Master Entrepreneur of the Year®, at a gala event on Thursday, June 27. From a pool of distinguished nominees, Armstrong was selected by a panel of independent judges for the innovation, perseverance and leadership that has enabled JDA to achieve strong financial success, including a 21 percent increase in 2001 revenues followed by a 21 percent quarter over quarter revenue increase in first quarter 2002. In addition to being honored for creating one of the world’s leading software and services companies serving over 4,600 retailers and suppliers, Armstrong was acknowledged for his generosity in helping those in need through The Armstrong Family Foundation, a charitable corporation that is self-funded through donations by Armstrong and his wife, Jo-Ann Armstrong.

Commenting on Armstrong’s award, Mark Stephens, Ernst & Young’s Arizona office managing partner, stated, “Our program judges were greatly impressed by all that Jim Armstrong was able to create at JDA and the tremendous impact he has had on Arizona’s economy. Mr. Armstrong exemplifies the spirit of entrepreneurship.”

Jean Briese, sales manager for AT&T Business Services, Desert Mountain States, nominated Armstrong for the Entrepreneur Of The Year award. “We congratulate Jim for receiving this prestigious honor,” remarked Briese. “Similar to JDA, AT&T has a large presence in the retail community. AT&T and JDA not only share common clients, we share common values and a strong will to maintain our respective industry leading positions.”

Armstrong’s Entrepreneurial Vision Transforms Retail Technology Industry
Armstrong launched JDA Software Services in Calgary, Canada in 1978. With a dogged determination that only another entrepreneur can fathom, Armstrong’s hard work paid off as his company grew to be one of Canada’s largest IBM® Midrange software companies.

In 1985, Armstrong sold his Canadian business and, with a partner, formed the U.S.-based JDA Software, Inc. After ten years of successful operation as a privately held company, JDA became a public corporation on March 15, 1996, and began trading on the Nasdaq as JDAS. Employing approximately 1,400 associates, based in 36 offices spanning 5 continents, JDA has just announced the commercial release of JDA Portfolio® 2003, the first ever integrated suite of inventory management products capable of handling the movement of goods from finished product to the retail consumer.

“Being named Master Entrepreneur of the Year by Ernst & Young is a testament to JDA’s overall success,” stated Armstrong. “This recognition is a true measure of the all the hard work and dedication put forth by every employee at our company. As JDA begins a new era with the launch of Portfolio 2003, I am proud to accept this honor for JDA’s achievements.”

About JDA Software Group, Inc.
With more than 4,600 retail, manufacturing and wholesale clients in 60 countries, JDA Software Group, Inc. (Nasdaq:JDAS) is the global leader in delivering integrated software and professional services for the retail demand chain. By capitalizing on its market position and financial strength, JDA commits significant resources to advancing JDA Portfolio, its suite of merchandising, POS, analytic and collaborative solutions that improve revenues, efficiency and customer focus. Founded in 1985, JDA is headquartered in Scottsdale, Arizona and employs more than 1,400 associates operating from 36 offices in major cities throughout North America, South America, Europe, Asia and Australia.

-30-
We do not believe this press release contains forward-looking statements within the meaning of the Private Securities Litigation Reform Act of 1995. Nevertheless, if remarks in this press release are considered to be ``forward-looking'' or to have forward-looking implications, we would remind our investors and prospective investors that future events may involve risks and uncertainties. Risks and uncertainties that may affect our business are detailed from time to time in the ``Risks Factors'' section of our filings with the Securities and Exchange Commission. As a result of these and other risks, actual results may differ materially from those predicted. We undertake no obligation to update information in this release.