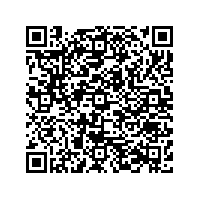 Scottsdale, Ariz. - January 21, 2003 - JDA® Software Group, Inc. today announced financial results for the fourth quarter and fiscal year ended December 31, 2002. Surpassing Wall Street consensus estimates by 10%, JDA reported fourth quarter 2002 revenues of $53.3 million as compared to $62.8 million in fourth quarter 2001. Product revenues, which combine software licenses and maintenance revenues, were $33.7 million versus $35.9 million last year. Beating consensus software license estimates of $11.1 million by 62%, JDA closed $18 million in software licenses in fourth quarter 2002, a sequential increase of 67% over third quarter 2002.
Non-GAAP earnings were $0.11 per share, excluding amortization of intangibles ($1.8 million), restructuring charges ($5.0 million), relocation related costs ($452,000), and a non-recurring tax benefit ($2.5 million), compared to $0.20 per share in fourth quarter 2001. Net income was $950,000 or $0.03 per share as compared to $3.3 million or $0.12 per share last year. Cash flow per share from operations increased by 66% to $0.48 per share versus $0.29 per share in fourth quarter 2001.
“With such a strong gain in sequential software license deals, we are pleased with our solid results in fourth quarter, especially given the major reorganization we began to implement in the quarter,” commented CEO Jim Armstrong. “We partly attribute this to a surge of interest in our strategic merchandise management products that help retailers to sustain earnings by optimizing their inventory investment. While boosting gross margins is always a key requirement, we see an increased urgency during these uncertain times.”
“We delivered on our promise to look internally at streamlining and enhancing our business processes. This paid off with cash flow from operations for fourth quarter 2002 coming in at $13.8 million, a 73% increase over last year, and DSOs dropping to a record low of 79 days, an improvement by 12 days over 2001. We also took steps to refocus our associates on our global install base, still our biggest and most valued revenue source.”

· Customer Value Program (CVP): Designed to improve its worldwide clients’ experience with JDA from pre-sales to post implementation, the company launched the CVP initiative in November 2002. JDA is implementing programs that redirect associates in management to client-facing activities; increase resources for clients; consolidate regions and teams to improve development efficiencies, time to market and quality of client support; and accelerate development projects.

ABOUT JDA SOFTWARE
With more than 4,600 retail, wholesale and manufacturing clients in 60 countries, JDA Software Group, Inc. (Nasdaq:JDAS) is the global leader in delivering integrated software and professional services for the retail demand chain. By capitalizing on its market position and financial strength, JDA commits significant resources to advancing JDA Portfolio, its suite of merchandising, POS, analytic and collaborative solutions that improve revenues, efficiency and customer focus. Founded in 1985, JDA is headquartered in Scottsdale, Arizona and employs more than 1,200 associates operating from 29 offices in major cities throughout North America, South America, Europe, Asia and Australia. For more details, visit www.jda.com , call 1-800-479-7382 or email info@jda.com .
-30-

We do not believe this press release contains forward-looking statements within the meaning of the Private Securities Litigation Reform Act of 1995. Nevertheless, some statements, such as Mr. Armstrong's statement that the Company sees retailers demonstrating increased urgency to improve gross margins, our indication that Portfolio 2003.5 is scheduled for delivery in February 2003 and our expectation that the CVP initiative will result in development, implementation and sales support improvement, could be seen to have forward-looking implications. The occurrence of future events may involve a number of risks and uncertainties, including, but not limited to: the risk to our operating results of ongoing uncertain economic conditions and the inherent unpredictability on a quarterly basis of retailers' demands for our products and services; the risk we may not timely complete development and release of our Portfolio 2003.5 product; the risk that the CVP initiative will not result in expected benefits, and could result in disruptions to our development, implementation and sales activities due to our reduction in force; and other risks detailed from time to time in the "Risk Factors" section of our filings with the Securities and Exchange Commission. As a result of these and other risks, actual results may differ materially from those predicted. We undertake no obligation to update information in this release.