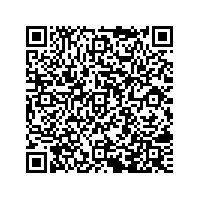 As a key OEM provider to a host of popular bicycle brands, JD designed this innovative technology to deliver unprecedented versatility to bicycle manufacturers, allowing them to easily adapt the technology to their own designs and frames.

TranzX Power Support Technology made its debut at the Taipei Cycle Show in early 2007 and was introduced to the European market in September of last year. It has since become the choice of several high-profile bicycle manufacturers and one of the top selling systems in Europe.

Electric bicycles outfitted with either system are as easy to ride as regular bikes. Riders do not need to bother with a throttle or advanced handlebar controls.

Available to the OEM market after Interbike

With the original equipment manufacturer in mind, TranzX PST is easier to assemble and designed to deliver maximum configurability to bicycle manufacturers.

A plug and play system with fewer and uncomplicated wiring connections makes it even simpler to assemble.

The current TranzX PST product line will be available for delivery to North American bicycle manufacturers and OEMs immediately after the Interbike trade show.

JD Group is famous for having ignited the 20th century's last great fad when it created the kick scooter. Forbes magazine put JD's light-weight, aluminum miniscooter in a class with Crayola Crayons and Beanie Babies as one of the 10 most popular toys of the century.

The company began in 1986 in Changhua, Taiwan as a manufacturer of high-end aluminum bicycle frames and specialty components, which it continues to produce and market globally under TranzX, a global brand for quality bicycle components.

Today, JD Group is a world leader in mobility innovation, with an outstanding collection of quality brands across different product categories. These brands include: JD Bug, CityBug, JD Razor and TranzX. All of the products produced by JD have the quality and reputation for high standards that JD has established for over more than two decades.

As an OEM supplier, JD manufactures mobility products for many of the world's leading brands such as Coca Cola, Ferrari, Kawasaki, Pride Mobility, Razor, Red Bull and Swiss Army.

The JD Group has offices in Taiwan, China, Japan, Germany and the United States. The conglomerate owns and operates three manufacturing facilities in Taiwan and China.