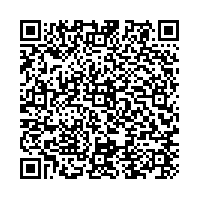 Subscribe to news
(PresseBox) ( Reno, Nevada, USA and Cambridge, UK, 12-07-10 )
iTrinegy announces that their network emulators are being used to ensure IP-based networked applications for military and national government in both the US and UK are fully network-ready before roll out into the field.

iTrinegy's network emulation technology is being used to test application performance in the network prior to deployment into the live environments. In the USA, Ernest McCaleb a Network Architect for ManTech, a company providing advanced technological services to the United States government, said he knew that the best way to find out how an application will perform in different network environments was to place an application in the 'real-world' network. "We service multiple agencies within the Department of Defense, and understanding the issues that would impact application performance is an essential part of the testing process." said Ernest. "Being able to simulate things like a degraded circuit, latency, packet loss and jitter is really important, so that no matter where our client's data travels, we will have the ability to identify and mitigate any serious performance issues."

iTrinegy has one of the most comprehensive ranges of network emulators in the world, with a particular specialism in the testing of IP over Wireless Networks (including Radio over IP - RoIP). Our network emulators are being used to introduce network impairments such as bandwidth control, latency (delay), jitter, errors and packet loss on demand so that a wide range of real world network conditions can be tested to see how well data application will cope.

SEA (a signatory to the Aerospace and Defence industries supply chain initiative in the UK) also had a need to guarantee that there would be no problems with application performance and made the decision to test applications in a proposed network, testing under the most difficult network conditions, with a particular emphasis on network latency and jitter. They also wanted to see how the applications would perform under normal conditions Brian Stenhouse of SEA "We realised quickly that what we needed was a network emulator and through online research we produced a shortlist of products that matched our requirements. It didn't take us long to choose iTrinegy's INE for Windows, a windows software-based emulator that allowed us to define the performance parameters of our application very quickly."

"When dealing with Mission Critical applications, it's essential to have the ability of offering repeatable and controllable 'real world' network conditions ranging from good to poor states. This enables comprehensive performance testing of applications earlier in the product development lifecycle". Said Frank Puranik, Product Director for iTrinegy "For military applications, our Network Emulators are unlikely to completely eliminate the need to conduct vital, but expensive field trials, but, their use should reduce the need for subsequent re-trials, as many bugs and performance issues would have been spotted and corrected long before in the emulated environment. As a result, it will be possible to save large amounts of time and money and achieve more rapid system deployments."

iTrinegy Network Emulators are used world-wide by organizations such as Lockheed Martin, Northrop Grumman, EADS, Boeing, NASA, Cobham Defence, Selex, General Dynamics, Ministry of Defence and US military sectors to develop simulated IP network environments that can be used to test the resilience of IP-based systems and applications before they are actually deployed in the field. Building on their years of experience in application performance over difficult networks they have recently supplied many customers looking to understand how applications would perform in cloud and virtualized networks before committing budget and resources to any changes within IT.