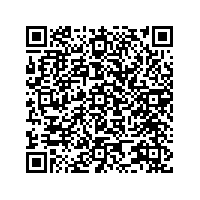 Herbert Vogel, CEO of itelligence AG: "We have achieved strong organic revenue growth of 16.5%, with all of our regions contributing to this. And we have also benefited from the targeted acquisitions, which accounted for revenue growth of 8.9%. This shows that we have adopted the right strategic approach. I am sure that our success will continue to grow following our acquisitions in Turkey and the UK."

Norbert Rotter, CFO of itelligence AG: "itelligence continues to outperform its competitors in terms of growth, and can significantly expand its market position. I am particularly pleased with the strong performance of our long-term maintenance, hosting and application management business (+41.9%), in which we have made targeted investment. This business reduces our dependence on economic fluctuations."

itelligence has raised its forecasts and now expects to generate revenues of between MEUR 400 and MEUR 420 for the year as a whole. The forecast EBIT margin remains unchanged at 6.2-6.4% (before acquisition costs).