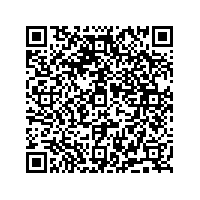 Subscribe to news
(PresseBox) ( Munich, 09-03-23 )
The current economic crisis is affecting many parts of the global economy - perhaps none more than the automotive sector, where shipments were down by 6% in 2008 and are forecasted to be slashed by 19% in 2009, according to iSuppli's automotive practice.

Less cars means less sensors, and especially MEMS sensors, which are enabling in advanced systems, like vehicle stability control found in many mid-range and luxury vehicles and the ubiquitous airbag and its satellites found in more than 90% of all vehicles. Clearly, the effects on the supply chain are already equally as dramatic. Most of these sensor companies have typically recorded revenue decreases ranging from 6% to 15% in 2008.

The crunch is affecting the supply chain in several ways, highlighted by the closure of Systron Donner Automotive's MEMS quartz gyroscope division before Christmas in 2008. Schneider Electric, the company's French owner, laid off the entire engineering team (87 people), leaving a skeleton crew to meet the contractual commitments of the number two gyroscope supplier to vehicle dynamics behind Bosch. This is despite estimated sales of close to $105 million for gyroscopes last year. The company was clearly under siege and already beginning to lose share at its key long-time customer Continental to Panasonic, which offered a cheaper product.

A second shock reverberated through the chain as Infineon shed its Norwegian arm, SensoNor. This decision was clearly exacerbated by the recent downturn, which has especially hit the market for tire pressure monitors, which were co-developed and are part-manufactured in Norway. This will help balance Infineon's books in the short term and little affects its market-leading position in tire pressure monitoring systems (TPMS) sensors. Some process steps will continue to be subcontracted to SensoNor, but the major impact is to Infineon's innovative capacity in the mid to long term, as the SensoNor group represented an R&D team par excellence.

It's Not All Bad

Nonetheless, there are still some automotive application areas that will refuse to be contained, especially those driven by non-market forces like mandates for vehicle stability systems. These systems need on average of just over three MEMS sensors, including a gyro, accelerometer and pressure sensor(s). These systems are mandatory on all passenger vehicles in the United States from 2012 and the European Union from 2014.

Such developments mean that some companies are doing fine. For example, Sensata is a leader in high-pressure sensors used in electronic stability control (ESC) brake modulators, and recorded a slight increase of its automotive MEMS sensor revenue in 2008.

Overall, iSuppli's latest automotive MEMS tracker forecasts that after the contractions of 2008 and 2009, the market for automotive MEMS will resume its earlier healthy growth from 2010 onwards, reaching double-digit growth again in 2011.