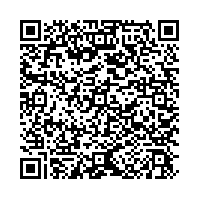 ISRA once again records a double-digit increase in revenues and earnings; annual forecast for 2011/2012 confirmed

ISRA VISION AG (ISIN: DE 0005488100), one of the world’s leading companies of industrial image processing (Machine Vision), global market leader for surface inspection systems, and one of the leading 3D machine vision providers, increased revenues in the first nine months of the 2011/2012 financial year (October 1 to September 30) by two digits with 11 percent to 57.6 million euros compared to the same period of the previous year (PY: 51.7 mill. euros). Operating cash flow grew in the same period to 10.5 million euros (PY: 4.1 mill. euros), net cash flow to 4 million euros (PY: 2.6 mill. euros) As a result, ISRA continues the successful growth trend of the first half year. With an order backlog of approximately 55 million euros as well as constantly high order entries – the automotive business rose by more than 50 percent – the company confirms the forecast of over 80 million in revenues for the entire year. Based on the continuing market demand, the company underscores the strategic goal of surpassing the revenue mark of 100 million euros (100+) in the medium term.

The gross margin (total output minus cost of materials and labor of production and engineering) confirms with 60 percent (PY: 60%) once again the overall strong margin level of ISRA. The equity ratio rose by one percentage point and is now at 58 percent (PY: 57%). As a result, the company is equipped with solid capital resources for future growth.

From a regional perspective, the good results from the first half year also continued in the third quarter. In Americas, the growth was the strongest with respect to the previous year percentagewise. Based on a growth in the high single-digit range in the previous year, the 2011/2012 order entry significantly increased in the double-digit range. A similar development could also be achieved in Asia and Europe where orders also picked up in the double-digit range. To further expand the positive business development, investments in sales will be increased worldwide.

The new regional presences in East Europe, South America and Asia will gain in importance over the medium and long term. In this course, ISRA is intensifying the marketing and sales activities at the new sales location in Moscow, Russia. The site in Sao Paulo, Brazil was also sustainably reinforced to exhaust revenue potentials. In Tokyo, Japan, ISRA increased the management as well as the sales and service team to expand its operating activities. At the same time, the markets in Taiwan and India are increasingly being focused on by the regional sales groups. The build-up activities for the new location in Indonesia will start at the beginning of the new financial year. The international expansion will continue to be an integral component of ISRA's strategy in the future and make an important contribution to growth and sustainability of the company.

In the Industrial Automation segment, in which the sales activities of ISRA are aimed almost exclusively at customers from the automotive industry, order entries grew by more than 50 percent in the first nine months of the year under review. Revenues and earnings with the German customers in the premium segment as well as the manufacturers in China and Korea also increased significantly. Top line reached 10.7 million euros (PY: 7.8 mill. euros), and the EBITDA significantly rose by 25 percent to 3.2 million euros (PY: 2.6 mill. euros). EBIT improved by 40 percent to two million euros, after 1.4 million euros in the same period of the previous year. For the entire year, ISRA expects very good earnings in the automotive business with an increase of significantly more than 50 percent and, based on high order entries, also anticipates a sustaining strong development for the coming 2012/2013 financial year.

In the first nine months of 2011/2012, revenues in the Surface Vision segment raised to 46.8 million euros (PY: 43.8 mill. euros). EBITDA increased to 13.3 million euros (PY: 12.2 mill. euros), while EBIT rose to 8.7 million euros (PY: 8.1 mill. euros). This positive development was carried in particular by the metal, specialty paper and plastics industries which recorded high revenues and order entries. Business in the Glass industry, driven by a new sales team, is particularly successful in Asia, and here specifically in China and Japan. The Print segment continues to be on the scheduled path of growth with additional increases. In the Paper and Solar segment, order entries improved in the first two quarters of 2011/2012. In the third quarter, the business in these segments developed more slowly.

Moreover, the strategy of ISRA also includes the external growth using acquisitions. With that, the company pursues the goal of further strengthening its performance through additional acquisitions as a complement to the planned organic growth. For this reason, management is continuously examining possible strategic goals. Currently, ISRA is about to finalize negotiations with a company from the 3D technology sector whose product range will supplement the ISRA product portfolio.

Revenue growth since the beginning of the 2011/2012 financial year, the order backlog of currently approximately 55 million euros as well as the actual order entries form a good base for the final quarter. As a result, ISRA confirms its revenue forecast of more than 80 million euros and at least stable margins for the running financial year. Based on the investments made in research and development as well as the international sales structure, and assuming a stable economic development, ISRA plans a profitable double-digit revenue growth with similar high margins for the 2012/2013 financial year. Furthermore, the company confirms the goal of surpassing the revenue mark of 100 million euros in the midterm.