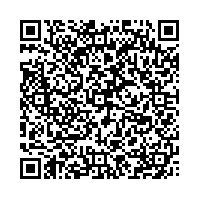 Subscribe to news
(PresseBox) ( Cambridge, UK, 10-07-28 )
ip.access (www.ipaccess.com), the awardwinning developer of picocell and femtocell solutions for mobile operators - and the company whose technology is at the heart of AT&T's femtocell deployment in the U.S. - today announced a further strengthening of its senior management team.

The company firstly confirmed that Teresa (Terry) M. Vega is to join ip.access as Chairman of the Board. Terry has more than 30 years experience in technology and telecoms markets including two decades in the wireless industry, having run multibillion dollar divisions of both Lucent and Motorola, and driven major product launches in both wireless infrastructure and handsets. She brings extensive strategic, operational and customer experience to the ip.access Board.

Terry replaces Andy Roberts who has left ip.access to become CEO of the Innovation Group where he was previously Non-Executive Chairman.

Stephen Mallinson, CEO of ip.access, commented: "Andy has made a hugely important contribution to ip.access over the years, and we wish him all the best at the Innovation Group. We are fortunate to be able to welcome Terry to take over the role of Chairman.

"Femtocells are in many ways a unique product in the wireless market. They form part of the operator's network equipment, but are a consumer product living in people's homes." he added. "Terry's knowledge of the demands of an infrastructure business and selling consumer products will be of enormous benefit to ip.access, and everybody here is excited to have such a respected industry figure join our team."

In a further strengthening of the senior management team, Mallinson confirmed that Rob Jones had joined ip.access as Senior Vice President of Sales & Marketing Worldwide, replacing Chris Rees who moves to the new post of SVP Corporate Development.

Before joining ip.access, Rob Jones was Vice President of Global Sales at CommProve, a provider of network monitoring and business solutions for mobile operators, where he managed the worldwide sales and business consultancy teams during a four year period of global expansion.

Prior to this, Rob was Business Development Director at Tektronix and has also held business development and engineering roles with Lucent Technologies and ICO Global Communications. Rob holds a Master's Degree in Applied Quantum Physics.

"Rob's knowledge of, and relationships with, the global operator community and his indepth understanding of the business demands and challenges they are facing will be invaluable to our sales and marketing efforts going forward," said Mallinson.

As well as adding to the senior management team, Mallinson also confirmed that ip.access is expanding its North American presence and has opened new offices in Bellevue, Seattle, Washington.

Based in Cambridge, UK, ip.access ltd (www.ipaccess.com) is a leading manufacturer of costeffective picocell and femtocell infrastructure solutions for GSM, GPRS, EDGE and 3G. These solutions bring IP and cellular technologies together to drive down costs and increase coverage and capacity of mobile networks.

ABI Research ranks ip.access as the world's number 1 picocell vendor; its nanoGSM® and nano3G(TM) solutions provide 2G and 3G coverage and capacity for offices, shops and (using satellite backhaul) passenger aircraft, ships and remote rural areas. nanoGSM is the world's most deployed picocell, with live installations in more than 50 networks around the world and growing.

ip.access is also the company behind the multiaward winning Oyster 3G(TM) Femtocell technology, which dramatically improves the user experience for 3G services at home. Oyster 3G is the core femtocell technology in AT&T's 3G MicroCell.