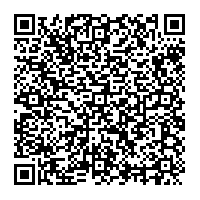 Interxion, a leading European provider of carrierneutral colocation data centre services, today announced the opening of its sixth Frankfurt data centre. The new site will take Interxion's total data centre footprint to 28 and reinforces the position of its Frankfurt facilities as Germany's central data hub, connecting 200 of the 350 customers of DE-CIX, the Frankfurtbased German Internet exchange.

The new site provides secure and energyefficient infrastructure for nextgeneration IT and connectivity solutions, offering the latest highdensity power requirements, 2N UPS, N+1 generator backup and cooling as well as the most advanced alarm and monitoring systems. It also provides access to over 150 carriers/ISPs, dualentry fibre and redundant connections between data centres.

This enables companies to operate their realtime applications optimally, delivering low latency response times to their users, which is particularly critical for organisations operating in the media and cloud computing space.

Petra Roth, Lord Mayor of Frankfurt, commented, "Interxion's continuously growing footprint represents an extremely important part of the infrastructure that has made Frankfurt a major Internet and data hub in Europe. The advanced technology of the local data centres enables secure and highspeed data transfer and high availability of large amounts of data worldwide. This is a crucial prerequisite for the competitiveness of business enterprises as well as for the performance of modern public administrations."

"The opening of Interxion's sixth data centre in Frankfurt reveals the global importance of the location not only for air, road and rail traffic, but also for the IT sector", said The State Secretary for European Affairs, Nicola Beer. "The European Union is also aware of the importance of information and communication technologies (ICT) and as a result in May 2010 it published in the framework of the EU2020-Strategy an ambitious Digital Agenda, which should contribute to future growth and prosperity in Europe.

"The completion of our sixth site in Frankfurt reflects the continuing demand for highquality data centres and reinforces our position as Germany's central data hub," said Peter Knapp, Managing Director, Interxion Germany. "We are particularly proud of the fact that we can offer additional data centre capacity, allowing companies to effectively run their missioncritical ICT infrastructure and directly peer with over 150 carriers and ISPs colocated at our Frankfurt campus."