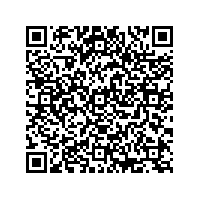 Since 1 January 2000, the Interroll Group has been headed by Paul Zumbühl as CEO. In the more than 20 years under his leadership, Interroll has evolved into a leading global provider of material flow solutions. In addition to necessary restructuring in the initial phase of his tenure, Zumbühl has been very successful in systematically driving forward the expansion of Interroll by extending the technology platform and strengthening the company's global presence with new start-ups and acquisitions. Under his leadership, sales, profitability and market capitalization increased many times over. Building on a solid foundation, Interroll now plans to invest up to CHF 150 million between 2020 and 2022 with focus on the long-term expansion of its global production network and in new technologies. In this way, the company is laying the basis for further strategic growth and strengthening its global market position for the years to come. Investments will be made in the further digitalization of technology and product platforms as well as in business processes and capacity expansion on all three continents.

Board of Directors focuses on stable management and continuity

The change at the top of the Group Executive Board scheduled for 2021 follows a replacement plan that has been prudently planned and implemented since 2016, which was decisively shaped by Tanner and successfully and gradually implemented by the entire Board of Directors. The focus is on stable leadership, continuity and pronounced reliability. Urs Tanner announces that he will step down as Chairman of the Board of Directors as of May 2021, but will remain on the Board of Directors for another year (until May 2022) as Lead Independent Director.

The Board unanimously proposes Paul Zumbühl for the office of Chairman of the Board of Directors at the 2021 Annual General Meeting and announces that it will appoint him as Active Chairman if his election is confirmed. This function is intended to support the future CEO, whose nomination will be announced at a later date, in clearly defined strategic areas and projects and is limited to a period of two years. At the same time, Urs Tanner will stand for election as Lead Independent Director for the first year in order to ensure, together with the Board of Directors, effective control and supervision during the transition phase and strict compliance with recognized corporate governance guidelines. After two years, the function of Active Chairman will be returned to the regular Chairman's Office in 2023.

"Interroll's success over two decades is closely linked to the performance of Paul Zumbühl. We are therefore delighted that he is making his many years of unique expertise available during this handover phase, which is so important for the future of Interroll, and beyond," says Urs Tanner, Chairman of the Board of Directors of Interroll Holding AG. "We are convinced that our proposal sets the right course for the achievement of long-term corporate goals in the interests of all stakeholders. Stable management and continuity are crucial to the future success of Interroll.“

Interroll share
The registered shares of Interroll Holding AG are traded in the Main Standard of the SIX Swiss Exchange under security number 637289.

Disclaimer
This press release has been made public and sent to subscribers at the same time. Interroll declines any responsibility for delays caused by recipient communication problems.

The Interroll Group is the leading global provider of material flow solutions. The company was founded in 1959 and has been listed on the SIX Swiss Exchange since 1997. Interroll supplies system integrators and plant manufacturers with a comprehensive range of platform-based products and services in the categories "Rollers" (conveyor rollers), "Drives" (motors and drives for conveyor systems), "Conveyors & Sorters" and "Pallet & Carton Flow" (flow storage). Interroll solutions are used in express and postal services, e-commerce, airports, food & beverage, fashion, automotive and other industries. The company counts leading brands such as Amazon, Bosch, Coca-Cola, DHL, Nestlé, Procter & Gamble, Siemens, Walmart and Zalando among its users. Headquartered in Switzerland, Interroll has a global network of 34 companies with sales of around CHF 559.7 million and 2,400 employees (2019).