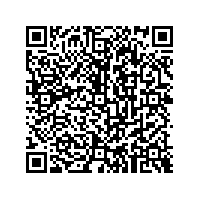 Subscribe to news
(PresseBox) ( Bonn, 10-10-12 )
There are just 100 days to go until some of the biggest names in Paralympic sport head to Christchurch, New Zealand for the IPC Athletics World Championships.

More than 1,000 athletes from over 70 countries including world record holders, World and Paralympic champions are expected at the QEII Stadium for the Championships which start on 21 January until 30 January.

Amongst them is world famous athlete Oscar Pistorius who is part of South Africa's 35 strong team. Pistorius will be competing in the 100m, 200m and 400m T44 - all races he won four years ago at the last IPC Athletics World Championships in Assen, the Netherlands.

Joining Pistorius in Christchurch are the fastest Paralympians on the planet over 100m, Ireland's Jason Smyth and Brazil's Terezinha Guihermino.

After nearly breaking his 100m T13 world record earlier this year, Smyth will be determined to further lower his 10.62 world best time whilst retaining his world titles at 100m and 200m.

Despite being the 100m T11 world record holder since 2007, Brazil's Terezinha Guihermino has never won gold at the distance in a major championships. In Christchurch she will face the two athletes that denied her gold at the 2006 IPC Athletics World Championships and the Beijing 2008 Paralympics - teammate Adria Santos and China's Chunmiao Wu.

A place in the history books also beckons for Switzerland's T54 class athlete Marcel Hug who will be aiming to become the first athlete ever to win gold medals in all seven track events plus the marathon.

One of the world's most highly decorated Paralympian's, Marianne Buggenhagen, will also be competing in Christchurch. After winning 12 Paralympic medals, including nine golds, between 1992 and 2008, as well as multiple World Championship titles, the German thrower will be keen to extend her place in history with success in the Javelin, Discus and Shot Put events.

China who won 77 Athletics medals, including 37 golds, at the Beijing Paralympics have named the biggest squad for Christchurch with 80 athletes. USA have named 54, whilst Russia will be flying 53 competitors to the Southern Hemisphere.

Tickets to see the IPC Athletics World Championships are now on-sale and can be purchased from www.ticketdirect.co.nz Adult tickets cost just $10 per day and anyone purchasing before 30 November will receive a 20 per cent discount.

For the latest news about the 2011 IPC Athletics World Championships, please visit www.ipcathleticsworldchamps.com

The International Paralympic Committee (IPC) is the global governing body of the Paralympic Movement. The IPC organizes the Summer and Winter Paralympic Games, and serves as the International Federation for nine sports, for which it supervises and co-ordinates the World Championships and other competitions. The IPC is committed to enabling Paralympic athletes to achieve sporting excellence and to developing sport opportunities for all persons with a disability from the beginner to elite level. In addition, the IPC aims to promote the Paralympic values, which include courage, determination, inspiration and equality.

Founded on 22 September 1989, the IPC is an international non-profit organization formed and run by 167 National Paralympic Committees (NPCs) from five regions and four disability specific international sports federations (IOSDs). The IPC Headquarters and its management team are located in Bonn, Germany.