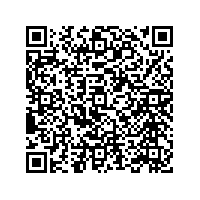 Held in front of the Brandenburg Gate in Berlin, Germany, and under the patronage of the German President Dr. Horst Koehler, the newspaper 'Der Tagesspiegel' and the television station rbb are anticipating high interest this year from the Paralympic fans, as this will be the fourth edition of the IPD. Both media partners have experience in delivering Paralympic Sport to the public, and plan on utilizing their resources for first-rate coverage.

Today, for example, 'Der Tagesspiegel' will publish a 16-page supplement with important information about IPD 2009 and the programme of the day. Accompanying informative interviews with German President Dr. Horst Koehler and IPC CEO Xavier Gonzalez, the newspaper will include, photos, articles about various Paralympic related topics and in-depth profiles about Paralympians Verena Bentele (Biathlon) and Hoger Nikelis (Table Tennis).

rbb TV will also be present on 11 July in front of the Brandenburg Gate, broadcasting a 45-minute special from 17:10-17:55. Additionally, Radio 1 will broadcast live from 16:00-18:00. Preview coverage of the various events and the topic 'sport for persons with a disability' will air as part of the included programme.

The International Paralympic Day, which is held in Berlin for the second time, offers first-hand elite level Paralympic Sport. Along with a match between the German and Dutch Women's National Team in Wheelchair Basketball, a Long Jump competition and several other sport presentations will take place throughout the day. Spectators attending from all around the world will also have the opportunity to try out Paralympic sports themselves and make their own Paralympic experience.

Some of the other groups at the IPD in Berlin will be the London 2012 and Sochi 2014 Organizing Committees, and the Candidate Cities for the 2016 Olympic Paralympic Games (Chicago, Madrid, Rio and Tokyo). Each of these groups will have an informative exhibition set up for anyone interested in learning more about the respective organization. Sumi, the official mascot of the Vancouver 2010 Paralympic Winter Games will be onsite for photo opportunities with spectators and fans.

For general information and media accreditation, please visit the official website at http://www.paralympic.org/release/Main_Sections_Menu/IPC_Events/IPD_2009/index.html.

The IPC is able to host this event through the active support of the IPC Gold Patrons Allianz SE and Deutsche Telekom, the IPC World Wide Partners Samsung and Otto Bock Health Care, the event partners Deutsche Bahn, the Federal Union of German Associations of Pharmacists (ABDA), the German Social Accident Insurance (DGUV), Volkswagen, the German National Paralympic Committee DBS, the German Ministry of the Interior (BMI) as well as the media partners Rundfunk Berlin- Brandenburg (RBB) and Tagesspiegel.

The International Paralympic Committee (IPC) is the global governing body of the Paralympic Movement. The IPC organizes the Summer and Winter Paralympic Games, and serves as the International Federation for nine sports, for which it supervises and co-ordinates the World Championships and other competitions. The IPC is committed to enabling Paralympic athletes to achieve sporting excellence and to developing sport opportunities for all persons with a disability from the beginner to elite level. In addition, the IPC aims to promote the Paralympic values, which include courage, determination, inspiration and equality.