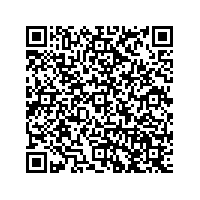 New JamUp represents the best solution for the mobile musicians. In conjunction with a high quality guitar interface for iOS the iPad or iPhone, it delivers anything a guitar or bass player could dream of in terms of an incredible selection of amp tones, effects and programmability for any situations: rehearsing at home, backstage, recording and live performance.

"New JamUp is the celebration of three years since the original JamUp hit the market, so we created a full blown new version", said Jaime Ruchman, Marketing Manager at Positive Grid. "Musicians can now revive the classic tone and feel of vintage amps and effects, and this time we were able to collaborate with Gurus Amps to create unique sounding amp tones. New JamUp proves how easy, professional, and fun it can be when integrated as an endless platform".

Features 8 most vaunted and valuable guitar effects revisiting the times when the modern guitar tone was born, whether for innovation, inspiration, sound, sheer popularity, or all of the above, each unit can make the perfect cut! The included models are based on: *Dallas Rangemaster® Treble Booster, *Electro Harmonix® Small Clone, Big Muff, Knockout Attack EQ, *Boss® DM-2 Analog Delay, *Voodoo Labs® Vibe, *Fulltone® OCD Overdrive and *Demeter Tremulator Tremolo.

Introducing the unique acoustic imaging technology: Acoustic Expansion Pack Featuring Positive Grid's acoustic imaging technology that restores a studio-miked sound to a undersaddle or soundhole pickup. This is the complete acoustic tone solution for both acoustic and electric guitar players. It comes with the new and premium Acoustic Simulator that any electric guitar into realistic acoustic tone. The included models are: Acoustic Imaging, Acoustic Pro Simulator, Acoustic EQ and Acoustic Reverb.

Positive Grid partnered with Cicognani Engineering who developed 3 extremely powerful Amps. The Guru Amps Models provide all the juice needed to fuel the guitar tone with sweet'n'deep crunch styled sound. All from a light squeeze of overdrive to full on classic distortion and everything in between. The included amp models are based on Gurus Naked amplifier's Sexy Channel, Crunch Channel and Lead Channel. We choose to collaborate with Gurus Amps because this Italian company made the World first Tube Amplifiers specifically designed for live use of external digital devices running emulation software. Thanks to their innovative iChannel®, Gurus Amps can express the best of both worlds, analog and digital together.

JamUp now comes with free Positive Grid's BIAS amp; users can taste the powerful BIAS tone inside JamUp and go deeply into full customization with the optional BIAS-app on iPhone and iPad, bringing the amp modeling world to a whole new level.

The update is for both JamUp XT (free) and JamUp Pro XT ($19.99) and they are available for immediate download at the iTunes App Store. Both apps offer the same sound engine, and both are compatible with the JamUp Plug ($19.99), JamUp Plug HD ($99.99) and most iOS guitar audio interfaces.

About Positive Grid: Based in California, with satellite operations in Italy, Germany and Taiwan, Positive Grid focuses on delivering superior and highly creative mobile music experiences. Since 2008, the company has designed and developed a core technology base and is currently expanding it to various applications. Positive Grid's best-known product range features BIAS and JamUp guitar multi-effects app and interfaces.