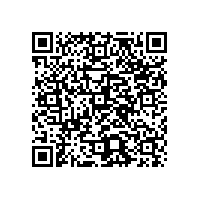 The dual leadership is in place: BMW manager Stefan von Dobschütz, most recently General Manager for BMW i, BMW’s eMobility brand, joins the eMobility business unit of innogy, Germany’s leading energy company, on 8 May. He will team up with Elke Temme, who built up the division and has headed it since its foundation at the beginning of this year. The structure decided upon last autumn by innogy’s Executive Board has now been implemented, and electric mobility activities at innogy will be expanded as planned.

Peter Terium, Chief Executive Officer of innogy SE, comments: "innogy believes eMobility is a mega-subject both in Germany and internationally. If we want to achieve our ambitious climate protection goals, we need a transition in the area of transport in addition to the energy transition. That’s why I firmly believe that electric mobility is coming – and that it will be here sooner rather than later. And with innogy we are in a good starting position that we will build on rigorously from now. We are aiming to be the leading solution provider for charging infrastructure in Europe and the USA." innogy already operates a network of more than 4,300 charging points in Germany, with more than 5,700 internationally.

"I am very pleased that innogy has been able to recruit an experienced authority on the automotive industry in the person of Stefan von Dobschütz," says innogy COO Retail Martin Herrmann. "He and Elke Temme bring together a wealth of expertise from the energy and automotive industries, complementing each other perfectly as a team." Temme is also looking forward to working closely with her new colleague: "Not only have we undertaken a vast amount in the area of eMobility, but the business unit also includes highly varied and complex areas of activity – from technical development to retail and operational implementation. That’s why I am very happy to have Stefan von Dobschütz alongside me in this dual leadership role: he brings with him so much experience in the automobile manufacturing industry, which is so important to us at innogy." In their dual leadership role, Temme will be responsible for product management, operations, product development and communications, while von Dobschütz will take charge of national and international retail, including business development and contract administration.

Stefan von Dobschütz is a qualified physicist, and began his professional career with the Boston Consulting Group. From there he moved to the BMW Group, where he assumed a range of management positions. He recently developed digital business models for the automaker’s sales, before taking over the management position at BMW i.

innogy was formed from the restructuring of the RWE Group and started operations on 1 April 2016. Its IPO in October 2016 made innogy SE Germany's most valuable energy company.