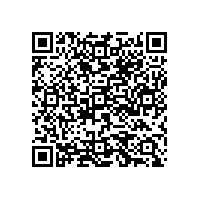 Handover of Supervisory Board of innogy SE

"Since its successful IPO in October 2016, innogy has set an important signal as the pacesetter for a sustainable energy world in Europe," said Schipporeit. "This was only possible due to the huge dedication of all employees as well as the entire Executive Board team. Under the prudent leadership of the Chairman of the Executive Board Uwe Tigges, the Board has also successfully navigated the difficult takeover situation with skill and decisiveness. In a fair and balanced integration process, the foundation was laid for a successful future in the new constellation with E.ON and RWE. On behalf of the entire Supervisory Board, I would like to thank the Executive Board for this and for the work we have done together, which has always been based on a high level of mutual trust."

The court appointment of the new shareholder representatives to take place soon will be applied for without delay. Within the context of the new appointments, it will be ensured that the interests of the minority shareholders will be fully accounted for via an appropriate number of independent members. The outgoing Supervisory Board members also could reassure themselves that this would be the case prior to their resignation.

This document contains forward-looking statements. These statements are based on the current views, expectations, assumptions and information of the management, and are based on information currently available to the management. Forward-looking statements shall not be construed as a promise for the materialisation of future results and developments and involve known and unknown risks and uncertainties. Actual results, performance or events may differ materially from those described in such statements due to, among other things, changes in the general economic and competitive environment, risks associated with capital markets, currency exchange rate fluctuations, changes in international and national laws and regulations, in particular with respect to tax laws and regulations, affecting the Company, and other factors. Neither the Company nor any of its affiliates assumes any obligations to update any forward-looking statements.

Recommend Handover of Supervisory Board of innogy SE press release