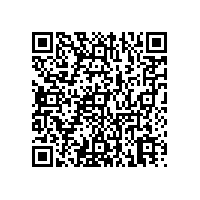 Adjusted EBIT up 6 per cent year on year


SE posted an increase in earnings for the first quarter of 2017, as expected. Adjusted EBITDA was EUR 1,617 million, up 4 per cent year on year. Net of operating depreciation and amortisation, the company posted adjusted EBIT of EUR 1,261 million, an increase of 6 per cent compared to the same period last year. Adjusted net income was EUR 684 million. Because the envisaged capital structure for innogy had not yet been established in the comparable period for the previous year, and the legal reorganisation of the innogy Group had not yet been completed, no adjusted net income has been presented for the first quarter of 2016. As at 31 March 2017, innogy employed 41,854 people (converted to full‐time positions). They generated external revenue of EUR 12.4 billion, which was down 7 per cent year on year.

Bernhard Günther, Chief Financial Officer of innogy SE: "Business performance in the first quarter of 2017 is in line with our expectations. We confirm the positive outlook that we provided in March, at both a Group and a divisional level."

Adjusted EBIT up 6 per cent, mainly due to lower expenditure in the Grid & Infrastructure Germany segment

The grid business was the main driver of the earnings growth achieved in the first quarter 2017. Adjusted EBIT for the Grid & Infrastructure division increased by 29 per cent, to EUR 708 million. This was influenced mainly by lower expenses for operating and maintaining its networks in Germany. In addition, in the first quarter of 2016, provisions had been accrued in this segment for partial retirement measures. Cooler weather conditions in Eastern Europe compared to the previous year had a positive impact on earnings as well. They drove up volume on the gas distribution networks, especially in the Czech Republic.

Adjusted EBIT for the Renewables division declined by 13 per cent year on year, to EUR 134 million. Weather conditions led to reduced electricity generation and therefore lower earnings. In particular, the lower wind levels at the major generation sites and reduced precipitation levels compared to the previous year reduced plant utilisation.

Adjusted EBIT in the Retail division was down 9 per cent year on year, at EUR 490 million: whereas the retail business showed a stable trend in Germany and Eastern Europe, a drop in customer numbers and sales in the Netherlands/Belgium segment compared to the same quarter last year was noticeable. A counteracting effect was felt above all from the decline in earnings in the UK retail business against the backdrop of an increasingly tough market environment. The recovery plan for the UK retail business, launched in early 2016, continues to make progress as scheduled.

To date, npower has implemented concrete measures that already cover more than half of the 200 million British pounds in cost savings on an annual cost base, envisaged up to the end of 2018. The efficiency improvements that have been achieved, however, are far from sufficient to make up for the continued deterioration in market conditions and reduced margins. Therefore, further efficiency improving measures at npower are being examined.

Capital expenditure up 13 per cent

innogy's capital expenditure in the first quarter of 2017 rose by 13 per cent to EUR 323 million year on year. This was largely due to the acquisition of the international solar and battery specialist Belectric. The expansion and modernisation of its grid infrastructure continue to be a focal point of the company's investing activity. Besides maintenance, the focus was on the connection of decentralised generation assets and network expansion in relation to the energy transition.

As at 31 March 2017, innogy's net debt totalled EUR 16.6 billion, up from EUR 15.7 billion as at 31 December 2016. The rise in net debt was primarily due to the seasonally‐induced, regularly negative cash flows from operating activities in the first quarter: whereas electricity and gas sales volumes at the beginning of the year are above average on account of the weather conditions, customer payments are spread evenly throughout the year.

innogy confirms the outlook on business performance for the current fiscal year that was first published on 13 March 2017. It anticipates that the Group will achieve about EUR 4.4 billion in adjusted EBITDA and about EUR 2.9 billion in adjusted EBIT. Adjusted net income is expected to total over EUR 1.2 billion, thus exceeding the figure achieved in 2016 by at least 7 per cent. The anticipated positive effects in the financial result reinforce this expectation.

Bernhard Günther: "Looking at fiscal 2017, the targeted increase in adjusted net income of at least 7 per cent will certainly be of particular significance to our shareholders, since our dividend is based on adjusted net income, of which we intend to continue paying out 70 per cent to 80 per cent in dividends."

However, the prospects in the Retail United Kingdom segment have clouded considerably. The worsening of the market environment against the backdrop of persistent, extremely fierce competition will have an impact on earnings for the full year. Therefore, the Retail United Kingdom segment is no longer expected to generate positive adjusted EBIT in 2017. Overall, in the Retail division, innogy intends to counter this with additional efficiency measures and therefore currently maintains its outlook for the entire division. The forecast does not take account of potential further regulatory intervention in the UK retail business, for example by way of a price cap on standard tariffs.

This document contains forward‐looking statements. These statements are based on the current views, expectations, assumptions and information of the management, and are based on information currently available to the management. Forward‐looking statements shall not be construed as a promise for the materialization of future results and developments and involve known and unknown risks and uncertainties. Actual results, performance or events may differ materially from those described in such statements due to, among other things, changes in the general economic and competitive environment, risks associated with capital markets, currency exchange rate fluctuations, changes in international and national laws and regulations, in particular with respect to tax laws and regulations, affecting the Company, and other factors. Neither the Company nor any of its affiliates assumes any obligations to update any forward‐looking statements.

Dealings in securities by Prescribed Officers and an Associate