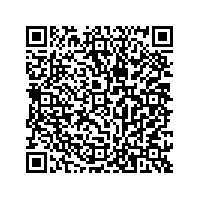 "Network sharing agreements are becoming more common, as the cost of carrying mobile traffic increases and MNOs have to fight harder for profit. Three in particular has been very active in making these deals, for example in the UK, where it has a network sharing agreement with Everything Everywhere. We expect this trend to accelerate, as operators seek to cut costs by reducing infrastructure and capex where possible.

This need is particularly pressing in Ireland, as the recession is putting pressure on operators' revenues, with Vodafone seeing a year-on-year service revenue decline of nearly 1% this year, while retail revenues fell by 2.5% overall during the same period. For Three, by contrast, these deals are more a matter of survival, as the company finds it harder and harder to compete from the position of a challenger; one example is Three UK's joint venture with Everything Everywhere, MBNL. Meanwhile in Austria, Three has successfully bid for rival operator Orange, giving it a boost in terms of subscribers, revenues and infrastructure to allow it to stay in the market.

In essence, for Vodafone, as the largest player in the Irish market, this deal presents a cost-saving opportunity; for Three it's an opportunity for survival."