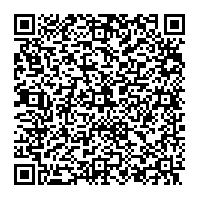 Subscribe to news
(PresseBox) ( London, 12-09-06 )
Although Nokia's thunder was stolen somewhat by Samsung's announcement of the world's first Windows Phone 8 (WP8) smartphone at IFA, Berlin, the Finnish handset manufacturer has trumped its South Korean rival by announcing not one but two devices on the new platform at its Nokia Talks Vision and Strategy event. The new flagship Lumia 920 looks similar to its predecessor but takes the 9-series up a notch with a larger 4.5" PureMotion HD+ display and features a top-of-the-range Qualcomm Snapdragon S4 1.5GHz dual-core processor that the WP8 platform can now accommodate. It will also come in pentaband LTE and HSPA+ variants.

The large, 4.5" display has WXGA resolution and a high-sensitivity touchscreen which can be operated using gloves (extremely useful during those cold Finnish winters) and other non-metallic implements. High brightness modes also help improve readability in bright sunlight. Coming in a variety of colors, the 920 sticks with the unibody polycarbonate design of previous iterations.

As promised by Nokia, its PureView imaging technology has made the transition from its 808 Symbian device to appear on the WP platform for the first time in the 920, albeit with a more modest camera at only 8.7 megapixels (as against the 808 with 41MP). This has been supplemented by improvements in image quality in low light and the impressive optical image stabilization (OIS), which Nokia deems will provide "great quality imaging".

The Lumia 920 will also support wireless charging using inductive technology built into the handset. While this is not a new phenomenon in the mobile space, it is here that the company will seek to grow the peripherals market, announcing a deal with bean-bag company Fatboy, among others, for stylish wireless chargers. Nokia also aims to build on the peripherals market further by using the wireless-charging technology, NFC, and Bluetooth in speaker systems, having set up a partnership with Harman brand JBL.

The Lumia 920's WP8 stablemate is the smaller Lumia 820, which is also available in pentaband LTE and HSPA+ variants with similar hardware as the 920 but with a smaller, OLED WVGA 4.3" display and no PureView technology. It also has no in-built wireless-charging technology, but again Nokia attempts to exploit the peripherals market with a range of changeable covers, including versions that have a wireless charger and others that are dust-proof.

Both devices are due in market during 4Q12 but no pricing has been given at this time.

The arrival of WP8 is a welcome boon for Nokia and the wider WP ecosystem in general. The ability now to pack better hardware into the devices gives Nokia and other WP OEMs the opportunity to level the playing field against the likes of Apple iPhone and the best that Android can offer. With a few new stand-out features in the Lumia 920, such as the impressive screen, PureView, OIS and wireless charging, added to a host of peripherals and Nokia's new class of navigation and mapping services, the device is undoubtedly a desirable, impressive piece of kit.

However, it is the ability to translate this message at the point of sale and prove its value proposition to the consumer that will determine the success of Nokia's WP devices and help grow the platform. The company aims to do this through improving its retail execution and simplifying its marketing messages (with versions specifically for the enterprise) while also having its devices in a range of colors to create some level of DNA at retail. Also, while the Lumia 830 does provide some level of segmentation, the issue of incompatibility with WP7 devices means that the WP8 platform will need (again) to seek to drive out cost and move down the smartphone price tiers as quickly as possible.

The new WP8 OS is attracting OEMs back to the platform and, with the arrival of Windows 8 devices expected before the year-end to further bolster the ecosystem, Nokia could well find itself in prime position to capitalize on the upsurge in interest. Indeed, with this latest solid array of quality smartphone products and differentiated services, the company may have finally bottomed out in the smartphone market and its WP8 devices look set to mark the true beginnings of its climb back into the affections of the smartphone user.

Informa Telecoms & Media (www.informatandm.com) is the leading provider of business intelligence and strategic services to the global telecoms and media markets.