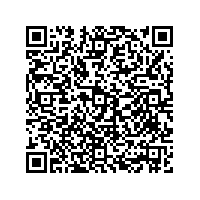 Music streaming partnerships a €1.1 bn opportunity for European operators in 2011

(PresseBox) ( London, UK, 10-10-18 )
Large mobile operators could add millions of euros to their bottom line by partnering with a music streaming service, according to the findings of a research project between Informa Telecoms & Media and Spotify.

Rapid smartphone uptake combined with the recent rise of streaming services like Spotify have for the first time enabled music to make a substantial impact on operator's market share, ARPU and churn. By partnering exclusively with an existing player rather than building their own service, fast-moving operators can realise these gains quickly while shutting out competitors.

The study is based on real data from Telia and Spotify, as well as research from Informa Telecoms & Media and other service providers and operators. Using this data, the study estimates that an operator in Western Europe with 20 million customers could generate revenues of EUR77.7 million in 2011 alone from partnering with a streaming service. If the leading player in each Western European market did so, they would collectively generate EUR1.1 billion in 2011*, the study found.

"Our research shows a large Western European operator could generate millions of euros of revenue a year by partnering with a third-party music service - significantly more than they would gain from offering their own service. Add in other benefits, such as network efficiency, brand awareness and increased lifetime customer value, and the potential for such a partnership becomes very clear," explains Giles Cottle, Senior Analyst at Informa Telecoms & Media.

"Music download stores which operators launched prolifically over the last 5 years are commodities and had little impact on core business metrics. Streaming services, by contrast, have proved an effective way to differentiate from the competition and win new customers. They have also been used to upsell high-ARPU devices and reduce churn. Over half of Spotify / Telia customers said they were more likely to stick with Telia as a result of the Spotify partnership", said Adrian Blair, Director of European Business Development at Spotify.

Telia's experience has helped illustrate best practice to other operators wishing to emulate their success. Churn reductions and potential gains in market share and ARPU resulting from mobile music streaming will not materialize without a clear strategy and focused execution. A high-quality streaming product and the right offer (for both operator and consumer) needs to be combined with effective marketing, a motivated sales force and deep billing integration.

"Simply offering a popular free service, with little thought put into the way the offer is packaged and marketed, will not yield the kind of results the operator will be hoping for. Yet if they get it right, the rewards are potentially lucrative," concludes Informa's Cottle.

This joint research paper will be available on October 20th exclusively through the Informa Telecoms & Media Analyst Community group on LinkedIn (www.informatm.com/linkedin).

Notes to Editor
* This figure is based on at least one operator in every Western European market partnering with a music service provider in 2011.

Three distinct elements contribute to this figure:
1. Revenue earned from signing up new users to a service via the deal.
2. Revenue earned from up-selling data plans and smartphones to both new and renewing subscribers.
3. Revenue saved from users that do not churn to another operator because of Spotify.

Spotify is an innovative digital music platform created with the vision of offering music fans a legal and superior quality user alternative to music piracy. Spotify provides instant access to whatever music you want, whenever and wherever you want it, through a simple, clean and quick to use platform whilst supporting the music industry via ad-supported and paid subscription models. With access to millions of songs in high quality audio through your computer, on your mobile and beyond, Spotify makes it easier than ever to play and share music legally.http://www.spotify.com