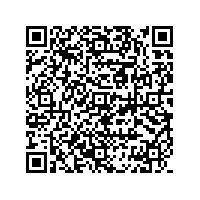 Subscribe to news
(PresseBox) ( Gouda, 12-08-22 )
The Supervisory Board of Royal Imtech N.V. (IM-AE, technical services provider in and outside Europe) announces its intention to appoint Gerard J.A. van de Aast (55) as CEO of Royal Imtech N.V. as of April 2013. Mr. van de Aast is currently employed as CEO of VolkerWessels (Koninklijke Volker Wessels Stevin NV). This appointment provides for the succession of René J.A. van der Bruggen (64) who, as announced previously, will retire in April 2013. Gerard van de Aast will join the Board of Management of Royal Imtech N.V. as of 1 January 2013 once the shareholders have appointed him at an Extraordinary General Meeting of Shareholders to be held later this year. The Central Works Council has issued a positive advice regarding this intended appointment.

Rudy M.J. van der Meer, chairman of the Supervisory Board of Royal Imtech N.V.: 'We intensively worked on finding the right successor for René van der Bruggen, who led Imtech in an outstanding way for over 25 years of which the last 10 years as CEO. Gerard van de Aast, born and raised in Twente, the Netherlands, is an excellent successor. He has been the CEO of VolkerWessels since 2009. VolkerWessels is, to a certain extent, comparable to Imtech in both scale (2011: 16,000 employees, 4.7 billion euro revenue), international orientation and in its decentralised organizational structure. Gerard van de Aast has a broad background and experience working in the Netherlands, the UK, Germany and the USA. He was CEO of Reed Business and an Executive Board member of publicly listed Reed Elsevier and also served as a Supervisory Board member of Océ. Prior to that he held various management positions in internationally-active companies such as Compaq, Digital and Philips and ran his own software business. In addition to experience of the stock exchange-listed and international business environment he also has extensive knowledge of ICT - one of Imtech's core competencies. In Gerard van de Aast as a person we recognise the ambition, perseverance and entrepreneurial spirit that are the characteristics of Imtech.'

No change to the growth strategy 2015 and the decentralised structure

Under the leadership of the new CEO, Gerard van de Aast, Imtech will continue its ambitious growth strategy. With René van der Bruggen Imtech has grown rapidly into a successful technical services provider, active both in and outside Europe, with over 29,000 employees and revenue of more than 5 billion euro in 2011. Imtech's success is based partly on strong market positions in many countries and technology markets with a decentralised organisation that operates close to its customers through 500 offices in Europe and 100 offices elsewhere in the world. Imtech wants to continue this approach and its past growth track record. The strategic growth plan, which aimes at a revenue level of 8 billion euro in 2015 with an operational EBITA margin between 6% and 7%, and the decentralised structure will, therefore, remain unchanged. As in the past the foreseen growth will be equally spread over organic growth and through acquisitions. Imtech has adequate funds available to finance its strategic growth plan.

Royal Imtech N.V. is a European technical services provider in the field of electrical services, ICT and mechanical services. This combination enables Imtech to offer total technological solutions. Imtech achieves an annual revenue of over 5.1 billion euro with over 29,000 employees. Imtech occupies strong positions in the buildings and industry markets in the Netherlands, Belgium, Luxembourg, Germany, Austria, Eastern-Europe, Sweden, Norway, Finland, the UK, Ireland, Spain and Turkey as well as in the European ICT and traffic markets and in the global marine market. Imtech serves around 23,000 customers. Imtech offers added-value in the form of integrated and multidisciplinary total solutions that lead to better operating processes and a higher return for customers and, in their turn, customers' customers. Imtech also offers solutions that contribute towards a sustainable society, for example, green technology and technical solutions in the area of energy, the environment, water and mobility. The Imtech share is listed on the NYSE Euronext Stock Exchange Amsterdam where Imtech is included in the Midkap Index. The Imtech share is also included in the Dow Jones STOXX 600 index.