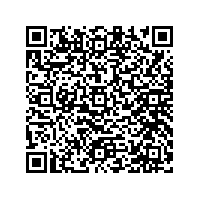 Subscribe to news
(PresseBox) ( Gouda, 12-01-05 )
.
- Confirmation of outlook for 2011 for further EBITA increase
- Order book increase of 600 million euro, both organic and through acquisitions
- Well-positioned for 2012, on track for growth strategy 2015

The order book of Imtech (technical services provider in and outside Europe) has increased at the end of 2011 - in spite of challenging economic circumstances in a number of countries and markets - by 600 million euro or by 12% to 5.8 billion euro. 'Imtech will close the books on a good 2011 and is well positioned for further growth in 2012,' stated René van der Bruggen, CEO Imtech N.V., in his New Year's speech to employees.

René van der Bruggen: 'In 2010 Imtech reported an order book increase of 10% (450 million euro) to 5.2 billion euro and is maintaining this positive trend in 2011 with an order book increase of 12% to 5.8 billion euro. In spite of challenging economic circumstances in a number of countries and markets this marks the good position in which Imtech finds itself. The order book increase of 600 million euro is spread across organic growth and growth through acquisitions. Imtech, with its almost 28,000 employees (2010: more than 25,000 employees, an increase of approximately 12%), is again performing well. The order books in the clusters/divisions Germany & Eastern Europe (especially in Poland), UK & Ireland, Nordic (Sweden, Norway and Finland) and ICT are developing well to extremely well. The order book in the Traffic & Infra division is developing reasonably and, as a result of challenging market circumstances, the order books in the Benelux (mainly in the Netherlands), Spain and Marine are somewhat under pressure. Imtech confirms the outlook given earlier for a further increase of the EBITA in 2011, through the combination of organic growth and acquisitions. Further, Imtech is maintaining its long-term strategic plan to achieve revenue of 8 billion euro by 2015. Imtech is well on track to achieve this long-term growth target. On balance, Imtech is well-positioned for 2012.'

The demand for 'green' technical solutions forms an important driver for further organic growth of Imtech's order book. In Europe, Imtech is one of the strongest technical players in the area of energy technology. By integrating energy solutions in a total technological approach, Imtech is able to increase considerably the energy-efficiency in buildings, industrial production sites or on board of ships. For example, Imtech is involved in the 'greening' of stadiums, making European car production more sustainable, realising sustainable energy and biomass power stations, 'green' ships and energy-performance improvements in hundreds of buildings, such as via a 15-year energy-management contract for around 800 German buildings (an order of 400 million euro). In addition, Imtech is active increasingly outside Europe, including in regions and countries such as China, South East Asia, the Middle East, Canada, South Africa, Turkey, Russia and Kazakhstan, in markets such as the marine market, the oil and gas industry, the ICT market and the market for high-tech traffic and parking solutions.

Growth to a revenue level of 8 million euro in 2015 (2010: more than 4.5 billion euro), will be more or less evenly spread across organic growth and growth through acquisitions. Imtech has sufficient financial means to finance this growth. The market for technical services is, furthermore, strongly fragmented, with many well-performing, medium-sized and smaller technical companies. This makes an active acquisition policy possible. In 2011 Imtech acquired various companies within and outside Europe with total annual revenues of around 450 million euro. Imtech is focusing on well-performing acquisition candidates that fit well within its growth strategy and, once integrated within the Imtech portfolio, will not only continue to grow, but will also ensure further organic growth of the existing portfolio. In the UK, Imtech has grown to be one of the strongest players through the acquisition of both Inviron (a maintenance specialist active across the country) as well as Smith Group UK (a strong player in the Manchester area). Imtech is now also a market leader in Hungary following an acquisition and large orders, mainly from Audi. In Sweden the energy specialist Sydtotal has been acquired. Also in Sweden, a good basic position in the ICT market is created by the acquisition of Qbranch, the European technology leader in the area of Cloud Computing (sharing of available computer infrastructure). The starting position in the ICT growth market in South East Asia is strengthened through its obtaining the complete authority (100% of the shares) of an existing participation. The marine position in Canada is considerably strengthened through the acquisition of Techsol, and Imtech is now acting as technology partner for a large expansion of the Canadian fleet, including navy vessels.

Imtech confirms the earlier forecasted outlook for 2011 for a further increase of the EBITA through organic growth and acquisitions. Imtech is also maintaining its long-term strategic plan to achieve revenue of 8 billion euro by 2015 with an operational EBITA margin between 6% and 7%. Imtech is looking to the future with confidence.

Imtech N.V. is a European technical services provider in the fields of electrical solutions, ICT (information and communication technology) and mechanical solutions. With around 28,000 employees, Imtech achieves annual revenue of around 4.5 billion euro. Imtech holds strong positions in the buildings and industry markets in the Netherlands, Belgium, Luxembourg, Germany, Austria, Eastern Europe, Sweden, Norway, Finland, the UK, Ireland and Spain, the European markets of ICT and Traffic as well as in the global marine market. In total Imtech serves 23,000 customers. Imtech offers added value with integrated and multidisciplinary total solutions that lead to better business processes and more efficiency for customers and the customers they, in their turn, serve. Imtech also offers solutions that contribute towards a sustainable society, for example in the areas of energy, the environment, water and mobility. Imtech shares are listed on the NYSE Euronext Amsterdam, where Imtech is included in the Midkap Index. Imtech shares are also included in the Dow Jones STOXX 600 index. Per 2011 Imtech has been granted the designation Royal.