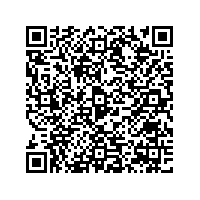 Subscribe to news
(PresseBox) ( Gouda, 08-09-11 )
Imtech (technical services provider in Europe and the global maritime market) has secured large orders from several European shipyards for the fleet expansion of the navies of Morocco, Australia and Turkey. The growing number of peacekeeping missions has prompted these navies to invest in the expansion of their fleets. The orders were secured by Imtech Marine & Offshore, part of Imtech Marine Group, and represent a value of some 30 million euro.

The Dutch Schelde Marinebouw, with whom Imtech has a long-standing relationship, has commissioned Imtech to realise platform automation, power management and the integrated digital ship's bridge with a substantial package of electrical solutions for three SIGMA Class Multi-Mission frigates for the Royal Moroccan navy. Frigates from this class are about 100 meters long, well-equipped, fast and highly manoeuvrable naval vessels. The frigates will be built at the shipyard De Schelde in Vlissingen (the Netherlands).

The Navantia shipyard has commissioned Imtech for the delivery of the main equipment for the HVAC (Heating, Ventilation and Air Conditioning) systems and the equipment to protect against any nuclear, biological or chemical attacks on board two Canberra Class Landing Helicopter Dock ships for the Australian navy. These 220 meters long vessels are equipped with a large helicopter platform and can be on the scene promptly during peacekeeping missions or conflicts. The ships will be built at the Navantia shipyard in Ferrol (Spain) and the Tenix shipyard in Williamstown (Australia).

For the Turkish navy, in co-operation with local company Yaltes, Imtech has received the order for platform automation, power management, and the propulsion control system on board a total of 16 high-tech Patrol Boats (New Type Patrol Boats-NTPB or Offshore Patrol Vessels-OPV). The Turkish ships will be built at the Dearsan Shipyard in Tuzla (Turkey). Patrol vessels are relatively compact and fast ships, which carry out patrol tasks along the coast.

The orders represent a significant contribution to Imtech's further growth in the maritime market. The production time will span several years. The final patrol vessel for the Turkish navy will be delivered in 2014.

Imtech N.V. is a European technical services provider in the fields of electrical engineering, ICT and mechanical engineering. With over 19,000 employees, Imtech achieves annual revenue of more than 3.3 billion euro. Imtech holds strong positions in the buildings, industry and infrastructure/mobility markets in the Netherlands, Belgium, Luxembourg, Germany, Eastern Europe, the UK, Ireland and Spain and in the global marine market. In total Imtech serves 14,000 customers. Imtech offers added value in the form of integrated and multidisciplinary total solutions that lead to better business processes and more efficiency for customers and the customers they, in their turn, serve. Imtech also offers solutions that contribute towards a sustainable society, for example in the areas of energy, the environment, water and mobility. Imtech shares are listed on the Euronext Stock Exchange Amsterdam, where Imtech is included in the Midcap Index. Imtech shares are also included in the Dow Jones STOXX 600 index.