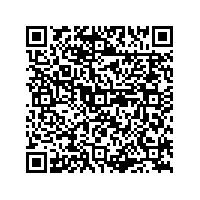 Imtech N.V. has approximately 25,000 employees, around 7,300 of whom work in the Netherlands. Three quarters of employees - approximately 5,500 individuals - who work in the Netherlands are insured with the Pension Fund for the Engineering, Mechanical and Electric Contracting Sector (PMT, 'Bedrijfstakpensioenfonds Mentaal en Technische bedrijfstakken'). In addition to the remaining 1,870 active employees, Pension Fund Imtech has 770 deferred members (socalled sleepers), and 1,135 retirees.

DNB was informed on 12 December 2008 of the funding shortfall that had applied at the Pension Fund Imtech since November 2008 as a result of the economic crisis. At the end of December 2008, the coverage ratio was 95.2%. Pursuant to Sections 138 and 140 of the Pensions Act and in accordance with DNB's guidelines, a recovery plan was submitted with the aim of achieving a coverage ratio of 105% by the end of 2013. Pension Fund Imtech was well on its way to meeting the targets of the recovery plan. The coverage ratio was 99.4% on 31 December 2009, and even would have been 103.9% without the extra reservation for long life. Primarily as a result of the currently low long interest rate, however, the coverage ratio dropped to 96.40% as of 30 June 2010. It must be noted in this regard that, for reasons of prudence, Pension Fund Imtech based its recovery plan on conservative return expectations. In addition, the risk profile is relatively low, because the pension obligations are matched for 80% with the investments.

The letter of mr. Piet Hein Donner, (outgoing) Minister of Social Affairs and Employment, of 17 August 2010 states that 18 pension funds submitted a recovery plan that included a 'reduction stipulation'. This stipulation means that if there is insufficient recovery in the financial position of a pension fund, the pension entitlements of all insured parties (members, sleepers and retirees) may be proportionately reduced. In the recovery plan, Pension Fund Imtech's board took in view of a well balanced weighing of interests the position that, in addition to an increase of the contribution and not granting any indexation, all insured parties could be asked to make a sacrifice in the form of reduced pension payments and pension entitlements.

The recovery plan was submitted by Pension Fund Imtech's board with the approval of the pension fund's members' council. All of the fund's stakeholders were already informed of the recovery plan in 2009, including about the possibility of reduction.

Pension Fund Imtech's board is considering short term to assess the new situation and decide on any measures rendered necessary also in consultation with Imtech N.V.. DNB will be informed.

Pensioenfonds Imtech is a fund that was changed in terms of composition in 2008 and that comprises a combination of Centraal Pensioenfonds Internatio-Müller (CPIM) and Stichting Pensioen- en Voorzieningsfonds van Radio-Holland. CPIM was divided in 2009, as a result of which approximately 4,000 inactive individuals were transferred to insurer Delta Lloyd, while the active individuals were transferred to Stchting Pensioen- en Voorzieningsfonds van Radio-Holland, the name of which was changed to Stichting Pensioenfonds Imtech (Pension Fund Imtech). Both of the funds referred to were the results of a series of mergers and deconsolidations of the then parent companies Internatio-Müller and Radio Holland. The composition of the board changed in terms of both employee and employer membership following the merger in May 2008 and the establishment of a members' council. The appointment of a new board was effected on 1 July 2009. In addition to 1,870 active employees, Pensioenfonds Imtech has 770 deferred members (socalled sleepers) and 1,135 retirees.

Imtech N.V. is a European technical services provider in the fields of electrical engineering, ICT and mechanical engineering. This combination of services makes it possible to offer total technological solutions. With approximately 25,000 employees, Imtech achieves an annual revenue of around 4.5 billion euro. Imtech holds strong positions in the buildings and industry markets in the Benelux, Germany, Eastern Europe, the Nordic region, the UK, Ireland and Spain, as well as on the European markets of ICT and traffic, and in the global marine market. Imtech has a client base of around 21,000 customers. Imtech offers added value in the form of integrated and multidisciplinary total solutions that lead to better business processes and more efficiency for its clients and their customers. Imtech offers a wide range of solutions that contribute towards a sustainable society, for example 'green' technology and technical solutions in the markets of energy, the environment, water and mobility. Imtech shares are listed on the Euronext Stock Exchange Amsterdam, where Imtech is included in the Midkap Index. Imtech shares are also included in the Dow Jones STOXX 600 index.