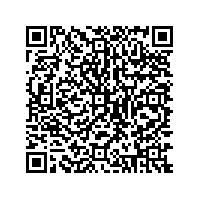 This attack highlights an interesting twistthere's no honor among thieves. Two master hackers wrote and then posted a phishing kit into hacker forums. The irony is that anyone using this kit becomes an unknowing member of the master hacker's army. When hackers use this kit and deploy a successful phishing campaign, all the stolen credentials and information goes straight back to the master hacker without the proxy hacker's knowledge. It's very clever. The master hacker never needs to conduct a campaign to see financial gain.

Unlike previous phishing kits that have been available for years, this new approach lives in the cloud and relies on hackers exploiting other hackers. And with the new cloudbased approach, the infrastructure for this phishing kit never goes away. Why? In traditional Phishing schemes when you take down a server you also take down the collection point, aka, the command and control center. Also, you may be able to take down many domains set up by the same individual and severely affect the Phishing campaign. In this campaign, taking down the "frontend" server does not impair the campaign because you don't take down the command and control center since its in the cloud. What's more, each of the "subsidiaries" has their own campaign so taking down a bunch of domains does not affect other campaigns that send data to the command and control center. (It's a little like whackamole).