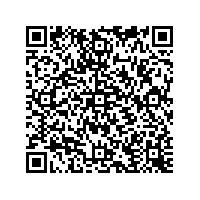 Subscribe to news
(PresseBox) ( Duisburg, 18-02-12 )
The logistics specialist, Imperial Logistics International, once again supported schools and welfare institutions with monetary and material donations at the beginning of this year. Thirty notebooks, which were second-hand, but in a good condition, went to the charitable organisation in Essen known as AfB GmbH (Arbeit für Menschen mit Behinderung or Work for People with a Disability). The computers were processed there and passed on to the Pestalozzi School in Fürstenfeldbruck. Both organisations have benefited from this: the AfB secures jobs for people with disabilities when processing hardware that is in a good condition and the Pestalozzi School has obtained modern teaching tools that are as good as new. Overall, EUR 15,000 was donated to the centres in Duisburg, Salzgitter and Dingolfing. “We very much appreciate the work of the aid organisations that we’ve supported and know that they alleviate the extreme situations that anybody can face unintentionally,” says Christine Ziegelmayer, Head of People Management at Imperial Logistics International, making her point forcefully. Ziegelmayer handed over a cheque for a donation of EUR 5,000 to Mechthild Schulten from the St. Raphael Children’s and Young People’s Hospice in Duisburg at the end of January. The young people’s hospice coordinates the psychosocial work of many full-time and voluntary members of staff in the Duisburg region. They support families who have to care for seriously ill children, some of them for an extended period. The donations cover, for example, services that the health insurance schemes will not pay for.

Christian Lohmann, Managing Director of Imperial Steel Logistics GmbH, and Ronny Müller, Branch Manager of Imperial Chemical Transport GmbH in Salzgitter, also handed over EUR 5,000 to the SOS Mütterzentrum (SOF Mothers’ Centre) in Salzgitter, an open community centre where people from all generations can support each other in everyday matters.

Ulrike Eckhart, Chairperson of Kinderkrebshilfe-Dingolfing-Landau-Landshut e.V. (Aid for Children Suffering from Cancer in Dingolfing, Landau, Landshut), received a visit in Dingolfing (Lower Bavaria) from René Bartels and Stuart Donnelly, the Business Location Managers at Imperial Automotive Logistics GmbH in nearby Wallersdorf. They also handed over EUR 5,000, which will benefit families looking after children suffering from cancer.