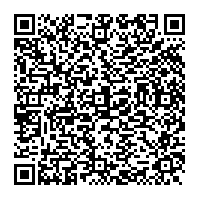 Subscribe to news
(PresseBox) ( Houston, Texas / Tuebingen,, 20-03-17 )
Upon successful completion of the business combination, Immatics will receive up to approximately $148 million of cash held within Arya’s trust account
Leading institutional investors commit $104 million of cash through a common stock private investment in public equity (“PIPE”) led by Perceptive Advisors and other top-tier US healthcare investors
Immatics shareholders, Arya shareholders and PIPE investors will hold shares in the newly formed company with the name Immatics N.V. that is expected to be listed on NASDAQ under the ticker symbol “IMTX”
Business combination completion is expected in the second quarter of 2020
Joint investor conference call to discuss the proposed transaction today, Tuesday, March 17, 2020 at 10:30 am ET

In addition to the funds held in Arya’s trust account, a group of leading US healthcare investors has committed to participate in the transaction through a ~$104 million common stock PIPE. Investors in the PIPE include Perceptive Advisors, Redmile Group, Federated Hermes Kaufmann Funds, RTW Investments, Sphera Funds, and an additional healthcare focused investor, as well as current existing Company shareholders including dievini Hopp BioTech, AT Impf and Wellington Partners.

Immatics will receive gross proceeds of up to $252 million at the closing of the transaction and will continue to operate under the Immatics management team headed by Chief Executive Officer Harpreet Singh, Ph.D. The respective boards of directors of both Arya and Immatics have approved the proposed transaction. Completion of the transaction, which is expected in the second quarter of 2020, is subject to approval of Arya’s and Immatics’ shareholders and the satisfaction of certain other customary closing conditions.

Adam Stone, Chief Investment Officer of Perceptive Advisors and CEO of Arya, stated: “Immatics has established a leadership position in the rapidly evolving area of T cell receptor (TCR) based cell therapies. Immatics’ TCR-based drug candidates are designed to disrupt the current solid tumor treatment paradigm and open new avenues for cancer patients.” Adam Stone further commented: “Our goal when we formed Arya was to identify a unique company with disruptive potential. Immatics’ expertise in identifying cancer targets and developing the right TCRs for immunotherapies, provided exactly that opportunity for this investment vehicle. We look forward to working closely with the Immatics’ team and are excited about the potential their technologies represent – to both patients and investors.”

Harpreet Singh, Ph.D., Co-Founder and CEO of Immatics commented: “We greatly value the commitment from Perceptive Advisors and other top-tier investors who are participating in this transaction, as well as our existing investors who have supported the development of Immatics to date. We believe this business combination with Arya represents a unique opportunity to transition our company onto a global stage. Access to the US capital markets will be critical to our ability to fuel our development plans and to advance Immatics’ innovative immunotherapies through the clinic as part of our mission to improve treatment options for cancer patients.”

Immatics leverages advanced technologies and biologic insight to identify otherwise inaccessible and intracellular drug targets as a basis for a broad range of cancer immunotherapies designed to overcome the current limitations in immuno-oncology. The company is actively using these targets to develop novel T cell receptors to enable a robust and specific T-cell response against cancer cells. The Company has two distinct product classes, Adoptive Cell Therapies (ACT) and TCR Bispecifics, and is advancing product candidates in both classes in the Company’s proprietary pipeline with several clinical-stage ACT lead products. Additionally, the Company has several large-scale collaborations with global leaders in the pharmaceutical industry.

Additional information about the transaction will be provided in a Current Report on Form 8-K that will contain an investor presentation to be filed with the Securities and Exchange Commission (“SEC”) and will be available at www.sec.gov. In addition, Immatics N.V. intends to file a registration statement on Form F-4 with the SEC, which will include a proxy statement/prospectus of Arya, and will file other documents regarding the proposed transaction with the SEC.

Advisors
Goldman Sachs International is acting as lead financial advisor with BofA Securities, SVB Leerink and Kempen serving as financial advisors to Immatics. Jefferies LLC is acting as financial and capital markets advisor to Arya as well as sole private placement agent. Chardan Capital Markets LLC is also serving as advisor to Arya. Goodwin Procter LLP and CMS are acting as legal counsel to Immatics. Kirkland & Ellis LLP is serving as legal counsel to Arya.About Arya
Arya is a blank check company newly incorporated as a Cayman Islands exempted company for the purpose of effecting a merger, share exchange, asset acquisition, share purchase, reorganization or similar business combination with one or more businesses or entities.

About Immatics
Immatics combines the discovery of true targets for cancer immunotherapies with the development of the right T cell receptors with the goal of enabling a robust and specific T cell response against these targets. This deep know-how is the foundation for our pipeline of Adoptive Cell Therapies and TCR Bispecifics as well as our partnerships with global leaders in the pharmaceutical industry. We are committed to delivering the power of T cells and to unlocking new avenues for patients in their fight against cancer.

Important Information and Where to Find It
A full description of the terms of the transaction will be provided in a registration statement on Form F-4 to be filed with the SEC by Immatics N.V. that will include a prospectus with respect to Immatics N.V.’s securities to be issued in connection with the business combination and a proxy statement with respect to the shareholder meeting of Arya to vote on the business combination. Arya urges its investors, shareholders and other interested persons to read, when available, the preliminary proxy statement/ prospectus as well as other documents filed with the SEC because these documents will contain important information about Arya, Immatics and the transaction. After the registration statement is declared effective, the definitive proxy statement/prospectus to be included in the registration statement will be mailed to shareholders of Arya as of a record date to be established for voting on the proposed business combination. Once available, shareholders will also be able to obtain a copy of the F-4, including the proxy statement/prospectus, and other documents filed with the SEC without charge, by directing a request to: ARYA Sciences Acquisition Corp., 51 Astor Place 10th Floor, New York, New York 10003, Attn: Secretary. The preliminary and definitive proxy statement/prospectus to be included in the registration statement, once available, can also be obtained, without charge, at the SEC’s website (www.sec.gov).

Participants in the Solicitation
Arya and Immatics and their respective directors and executive officers may be considered participants in the solicitation of proxies with respect to the potential transaction described in this press release under the rules of the SEC. Information about the directors and executive officers of Arya is set forth in Arya’s Annual Report on Form 10-K for the year ended December 31, 2019, which was filed with the SEC on March 6, 2020 and is available free of charge at the SEC’s web site at www.sec.gov or by directing a request to: ARYA Sciences Acquisition Corp., 51 Astor Place 10th Floor, New York, New York 10003, Attn: Secretary. Information regarding the persons who may, under the rules of the SEC, be deemed participants in the solicitation of the Arya shareholders in connection with the potential transaction will be set forth in the registration statement containing the preliminary proxy statement/prospectus when it is filed with the SEC. These documents can be obtained free of charge from the sources indicated above.

Non-Solicitation
This press release is not a proxy statement or solicitation of a proxy, consent or authorization with respect to any securities or in respect of the potential transaction and shall not constitute an offer to sell or a solicitation of an offer to buy the securities of Arya or Immatics, nor shall there be any sale of any such securities in any state or jurisdiction in which such offer, solicitation, or sale would be unlawful prior to registration or qualification under the securities laws of such state or jurisdiction. No offer of securities shall be made except by means of a prospectus meeting the requirements of the Securities Act of 1933, as amended.