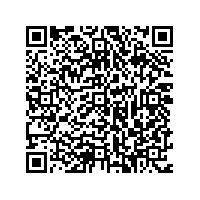 How Nations Invest in Robotics Research


Frankfurt, June 8, 2020 – The Corona crisis highlights the important contribution that robots make to industry and to society. Research funding programs (R&D) are vital to enable and further support these developments: New technologies, such as Artificial Intelligence, Big Data and 5G, drive government funding in Asia, Europe and America. What are the targets of the officially driven government research funding programs and what can we learn from these findings? This has been researched by the International Federations of Robotics and published in the new paper “World Robotics R&D Programs” by IFR.

“Each country has its own characteristics of robot programs based on its specific background and history,” says Prof. Dr. Jong-Oh Park, Vice-Chair IFR Research Committee and member of the Executive Board. “Therefore, we see that robotics programs set up by the most advanced robotics countries have a very different strategic focus.”

The strategic plan Made in China 2025 comes as a blueprint to upgrade the manufacturing capabilities of Chinese industries. This includes advanced robots among the top 10 core industries. The Robot Industry Development Plan sets out the goals for China in 2020, including: (1) developing three to five globally competitive robot manufacturers, (2) creating eight to ten industrial clusters, (3) achieving 45% of domestic market share for China's high-end robots, and (4) increasing China’s robot density to 100 robots per 10,000 workers. The statistical yearbook "World Robotics" by IFR shows that China reached a robot density of 140 units per 10,000 workers in the manufacturing industry in 2018. In 2019, the Chinese government invested 577 million USD in the development of intelligent robots.

The New Robot Strategy in Japan is a key policy of the Abenomics Growth Strategy. The robot-related budget for 2019 has been increased to 351 million USD, with the aim to to make Japan the robot innovation hub in the world. The action plan includes manufacturing as well as important service sectors like healthcare, agriculture and infrastructure. According to the statistical yearbook "World Robotics" by IFR, Japan is the world´s number one industrial robot manufacturer and delivered 52% of the global supply in 2018.

The Intelligent Robot Development and Supply Promotion Act of Korea is pushing to develop the robot industry in Korea as a core industry in the fourth industrial revolution. The 3rd basic plan for Intelligent Robots published in 2019 promotes systematic selection and concentration of promising public and private sectors. Focus areas are: manufacturing businesses, selected service robot areas (including healthcare and logistics), next-generation key components and key robot software. The robot-related budget for 2020 is 126 million USD (151 billion won). The statistical yearbook "World Robotics" showed a new record stock of about 300,000 operational industrial robots in the Republic of Korea in 2018 (+10%). Within five years, the country has doubled its number of industrial robots in operation. Following Japan and China, the country ranked third in 2018.

Robotics projects funded by Horizon 2020, the European Union´s 8th Framework Program, represent a wide variety of research and innovation topics – ranging from manufacturing, commercial and healthcare use to consumer, transportation, and agri-food robotics. Through this program, EC provides an estimated 780 million USD funding for robotics research and innovation over its seven-year runtime. The main topics of the Work Program 2018-2020 are related to digitization of industry through robotics, robotics applications in promising new areas, and robotics core technologies such as AI and cognition, cognitive mechatronics, socially cooperative human-robot interaction, and model-based design and configuration tools with the total budget of 173 million USD.

As part of its High-Tech Strategy, Germany support the use of new digital technologies within industry and administration. The “PAiCE” program with a funding budget of 55 million USD (50 million euros) over five years emphasizes the development of digital industry platforms as well as collaboration between companies using these platforms. In particular, the robotics-oriented projects are focusing on the creation of platforms for service robotics solutions in the various relevant application areas including service, logistics, and manufacturing fields. Germany is the fifth largest robot market in the world and number one in Europe, followed by Italy and France. In 2018, the number of robots sold increased by 26% to almost 27,000 units – a new all-time record.

The National Robotics Initiative (NRI) in the USA was launched for fundamental robotics R&D supported by the US Government. The main goals focus on fundamental science, technologies, and integrated systems needed to achieve a vision of ubiquitous collaborative robots assisting humans in every aspect of life. Moreover, in NRI-2.0, collaboration between academia, industry, non-profit, and other organizations is encouraged. The budget of NRI for 2019 is 35 million dollars. Additional robotics funding for application in defense and space is provided through the Department of Defense (DoD) and the Mars Exploration Program. According to the statistical yearbook "World Robotics", robot installations in the United States increased for the eighth year in a row to a new peak in 2018. Regarding annual installations, the country has taken third position from the Republic of Korea.

The International Federation of Robotics is the voice of the global robotics industry. IFR represents almost 60 manufacturers of industrial robots and national robot associations from over twenty countries and was founded in 1987 as a non-profit organization: www.ifr.org