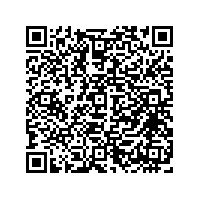 Banning Combustion Engines Is the Wrong Line to Take

Over 600,000 of jobs in manufacturing and 13 percent of industrial value creation in Germany currently depend on combustion technology, according to a new study by the ifo Institute

(PresseBox) ( Berlin, 17-07-18 )
A ban on combustion engines as of 2030 could lead to significant losses in terms of jobs and added value in Germany. Over 600,000 of jobs in manufacturing would currently be directly or indirectly affected by a ban, which represents 10 percent of jobs in German manufacturing. In the automotive industry alone a ban would endanger 436,000 jobs, while up to 130,000 jobs at small and medium-sized companies would be at risk.

In terms of value added the negative impact of a combustion engine ban as of 2030 would be even greater. A total of 13 percent (amounting to around 48 billion euros) of gross value added would be affected. These are the key findings of a new study by the ifo Institute.

The study examines the “Impact of a ban on cars and light commercial vehicles with combustion engines.” In a first step the study explores the potential negative consequences and risks of such a ban in terms of performance and employment in German manufacturing. This is followed by an analysis of innovation efforts in manufacturing in the field of combustion engines and alternative technologies; and a review of the environmental impact of a ban.

“It is important that climate policy is neutral in terms of technology; in other words that it sets climate protection goals without stipulating the technologies to be used to achieve them. Preventing competition among environmental protection technologies with bans is a waste of resources and does a disservice to climate protection,” according to ifo President Clemens Fuest.

The study also reveals that German manufacturers and suppliers are international leaders in the field of engine patents. One in three patents in the field of electromobility (34 percent) and hybrid drive systems (32 percent) comes from Germany. These figures refer to the period from 2010 to 2015.

One argument frequently made in favour of a ban on combustion engines is that the German automotive industry embraced alternative engines too late and too tentatively due to the technical leadership it enjoyed in combustion engines.

“German manufacturing is one of the top international competitors in alternative drive technologies. The widespread view that German automotive manufacturers aren’t putting enough effort into alternative drive technologies due to their strong position in combustion engines just isn’t backed up by the data on their actual innovation efforts. A ban on combustion engines simply cannot be justified by citing a lack of innovation on the part of the German automotive industry. Measures that accelerate the market penetration of innovative products are far more expedient than bans,” said Fuest.

In terms of patents on petrol and diesel vehicles, German companies have a market share of 40 percent, according to ifo’s analysis. The lion’s share of research and innovation is focused on improving efficiency. Two out of three German patents related to combustion engines aim to cut consumption. The large carmanufacturing countries are engaged in a neck-and-neck race in fuel cell vehicles. Germany generates 25 percent of patents in this field, with Japan’s share at 28 percent and the USA’s at 23 percent.

Commenting on the study Matthias Wissmann, President of the German Association of the Automotive Industry (VDA) said: “ifo’s figures highlight the German automotive industry’s strong technological base in both conventional and alternative drive systems. This is due to our massive investment in research and development, which amounts to 39 billion euros per year. Modern combustion engines will still be an indispensable component of mobility concepts in 2030. That is why the German automotive industry’s goal is to make the full range of driver technologies more efficient. A highly efficient combustor, perhaps based on renewable fuels in the future, and electro vehicles are not contradictory concepts, they are complementary paths. Both are necessary if ambitious climate goals are to be achieved. As the home of the automotive industry, Germany should not favour one type of drive system over another. That just wouldn’t make any sense economically, ecologically or socially. It is the task of politics to define goals, not to dictate how to achieve them. Instead, a political framework should be created that prevents technological bias and ensures freedom of choice in the market.”