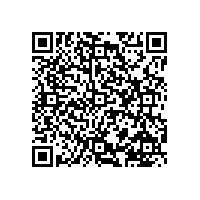 Subscribe to news
(PresseBox) ( Cambridge, 10-07-29 )
There are about 3,000 organizations worldwide actively involved in the development of printed electronics. By number of organizations, Europe has the edge over the U.S., then comes Asia. However, this disguises the fact that those involved in Asia tend to be large conglomerates that can invest much more than those in the West. Territories that are most active in these topics are Japan, Korea, China and Taiwan.

The display business is huge and there is significant progress and development by East Asian companies in a number of different printed display technologies. Over the past few years there has been some consolidation in OLEDs, for example, with LG buying Kodak's IP in this area and Sumitomo buying CDT. Earlier this year, Samsung underlined its commitment to OLEDs by announcing a $2.5 billion budget for OLED manufacture and others such as LG, Sony and Panasonic are also dedicated to this sector. The focus is on televisions and recent press announcements state that OLED TVs will become cost competitive with LCD TVs as early as 2014. Material and equipment supply is much more global however, with many companies in the West participating now in what will be a huge opportunity, particularly as it is expected to mimic the LCD market - which is currently more than $100 billion.

Display activity is not all about OLEDs, however, as Asian companies tie up the leaders in electrophoretics. PVI, having acquired E Ink, has chosen to rebrand itself using its acquirers company name, showing its dedication to the technology. In a recent interview with IDTechEx, E-Ink confirmed that several Asian companies will launch colour ereaders this year. Display giant AUO purchased a 30% stake in SiPix, another epaper vendor, who do their manufacturing in Taiwan and Wistron, also of Taiwan, acquired Dutchbased PolymerVision, working on foldable ereading devices.

China has shown the way to reducing the cost of another printable display - AC Electroluminescent (ACEL) displays - with many companies based there able to produce even small quantities of large area ACEL displays for $10 a piece or less, including the driver electronics. These are widely used in promotional short term applications. Indeed, it is not difficult to find tshirts in supermarkets bearing EL displays complete with microphones so that the display interacts with the environment.

Those involved in material and equipment supply need to pay attention to the region, as it will continue to be the territory where most displays are made. That is why IDTechEx is holding its annual Printed Electronics Asia event in Hong Kong, at the centre of all of this activity, with speakers from companies such as E Ink, Liquavista and Bridgestone.

Over recent years China has crept up to become the world's largest manufacturer of photovoltaics. Huge investment in silicon refining and manufacture has resulted in conventional silicon PV prices tumbling - to the point that some technologies such as a-Si thin film PV are struggling to compete. There is great interest in other forms of thin film PV which can see costs fall further or enable new markets through new form factors such as semitransparency and flexibility.

Asia has tremendous capacity to manufacture many new products using the latest printed, flexible electronics. Toppan Forms of Japan, for example, have for many years sold "audio paper" - cards featuring thin film batteries, printed conductors, etc, which can be used to record and play back messages. They have recently demonstrated posters with flexible OLEDs. The topic has not escaped the attention of those involved in printing either - they realise printing electronics involves new materials and frequently requires new printers. We have seen China rising in terms of manufacture of RFID tags - with many using printed conductive inks for antennas. Those involved in making books, electronic gift cards and much more are actively pursuing the topic - that is why one of the event sponsors is a major printing company based in mainland China and Hong Kong.

Why you should attend

Printed Electronics Asia 2010, the fourth annual IDTechEx conference in Asia, will be held on 13-14 October in Hong Kong. This event builds on the extensive research IDTechEx has conducted in Asia over the last ten years. It puts you at the heart of the activity and gives you access to the major developers. Those supplying materials, equipment and components, and system integrators, can benefit from understanding how to penetrate this territory at a stage when things are beginning to ramp up.

The event, coorganized with the local government research organizations ASTRI and LSCM, is geared towards introducing you to the main companies working in this topic and through many presentations providing you with the latest progress. Speakers include end users such as Adidas discussing their needs. Attendees can access our proprietary online networking system and will also receive the IDTechEx report "Printed Electronics in Asia", covering profiles of 196 organizations in the territory. There are tours to local organizations, including one of the largest solar exhibitions in the region. The money spent on attending will be small compared to the investment needed for you to research progress in the territory, giving you exclusive insight and competitiveness.