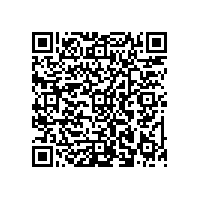 (PresseBox) ( Cambridge, UK, 12-01-25 )
Old electric vehicle reports are useless: the subject is moving too fast. IDTechEx is the only analyst with 18 current reports forecasting sales of electric vehicles and their key components and they are all kept up to date. (www.IDTechEx.com/research) Information is fed into these documents continuously as the PhD-level IDTechEx analysts tour the world’s companies, research institutes and conferences to spot the many changes in technology and business success and interpret them. However, while the detail needs constant amendment, the IDTechEx ten year forecasts are usually sufficiently secure to be reworked only once a year, because IDTechEx has been tracking electric vehicles - land, water and air - for eleven years already. In this article we share some of the changes both in our new 2012 ten year forecasts and in the detail.

One year ago, it was widely believed that there were three key enabling technologies for hybrid and pure electric vehicles – batteries, motors and circuitry (electrics, electronics, telematics) – but “the battery is the car” in controlling cost and performance, so success revolves mainly around getting battery costs down and performance up, particularly improving energy density for pure electric vehicles . However, it is now clear that we are not only in the decade of the hybrid in terms of money spent, as IDTechEx and others predicted, but plug-in hybrids are key and the most aggressive manufacturers will be selling more plug-in than traditional hybrids by the end of the decade. For that to happen, that the price premium must be small or non-existent and the all-electric range be useful rather than a token gesture. That means battery energy density is now key for hybrids as well. Read the IDTechEx report ‘Hybrid and Pure Electric Cars 2012-2022, www.IDTechEx.com/hybrid, for more information.

Traction motors did not matter as much in determining price or performance of the vehicle. No longer. The rocketing price of dysprosium and neodymium now means that prices of most of the motors used have become painful and threatening for the future. All serious suppliers are racing to make magnet-free motors, particularly asynchronous and switched reluctance synchronous versions. Some hope they can get away with motors with fewer magnets or with magnets that do not employ rare metals. Unfortunately, a surprising number of traction motor manufacturers persist with motors heavily employing conventional magnets and many even stick with motors that have brushes. They will be blown out of the business. As we forecasted, in-wheel motors are only making slow progress because they tend to incur huge expenditure to create new vehicle platforms and you need to buy several motors where one sufficed, a cost escalation not always offset by the many gains from eliminating other parts. Nevertheless, the robust move to “born electric” vehicles is in their favour eventually. Our report on motors (Electric Motors for Electric Vehicles 2012-2022, www.IDTechEx.com/Emotors) explains all this and scopes 130 manufacturers of them.

It was amazing that, one year ago, few realised the emerging importance of three new key enabling technologies – energy harvesting, supercapacitors/ ultracapacitors and range extenders. Yet Kinetic Energy Recovery Systems (KERS) are now being trialled on Volvo family cars, motors that inherently regenerate braking energy are becoming the norm, shock absorbers generating energy are soon to be very important and photovoltaics with much wider area and therefore power are being trialled in many forms, including conformal, transparent and unfolding versions. Heat harvesting - thermoelectrics – is creeping towards adoption too. We see multiple energy harvesting as a key part of working around the battery problems, as are improved circuitry and fast charging stations. Necessarily, we now have a report on “Energy Harvesting for Electric Vehicles 2012-2022” (www.IDTechEx.com/EhforEV)

For 2012, the most important of the new key enabling technologies is range extenders. IDTechEx has the only report on these with ten year forecasts and yet over 30 million vehicles will be fitted with them in the next decade. (‘Range Extenders for Electric Vehicles 2012-2022, www.IDTechEx.com/range) It is quite wrong to think that the current practice of slightly modifying conventional piston engines and fitting them in hybrids will be acceptable for much longer. It is equivalent to teaching a tortoise to fly. Conventional engines must cope with huge load and torque variations: range extenders with almost none. Conventional engines are in use all the time: increasingly, hybrid engines are used only occasionally and, increasingly, they only need to supply electricity – they do not need to rotate and they certainly do not have to employ a shaft to a separate generator in the clunky old “box on box” approach of yesteryear.

Consider what has recently happened. A German hybrid electric aircraft has flown with a Wankel range extender and an Italian one with a fuel cell range extender. The Lotus Engineering designed-to-purpose tiny piston-engined range extender appeared in Proton, Jaguar and other concepts and prototypes and, a less imminent prospect, a mini turbine range extender in a Jaguar concept. The Polaris Industries Swisscom single piston range extender, without even an oil pump, staggered observers with its silence when fitted into a German electric van.

Those hybrid vehicle manufacturers that think it is simply a matter of waiting for fuel cell range extenders to become affordable and acceptable are wide of the mark. We have waited 140 years for fuel cells to become volume products and we are in the third decade of extensive testing of fuel cells on buses alone. They will come, but mainly in the second wave of “fuel generators” – elegant range extenders that inherently produce electricity, competing with the free piston engine, the Clarian Wankel engine swathed in coils and other options being developed. IDTechEx has put huge effort into analysing this vital sector rather than concentrating too exclusively on the bloodbath of battery supply and the safety setbacks of batteries well -rehearsed in the press recently.

The battery shakeout we and others predicted has begun as expected with the troubles at Ener1, the refocusing of ASDL after acquisition and so on. It will be even more vicious than we predicted because huge companies continue to enter the business. Certainly third generation lithium-ion batteries are appearing sooner than some expected and more of the battery requirement is being made by the vehicle manufacturers themselves. Yet what is really wanted still fails to reach the production line

At IDTechEx, we are constantly amazed how a little in-depth research can reveal that a situation is the opposite of that portrayed. Toyota has pulled ahead in sales of electric vehicles and in the in-house development and patenting of their key components, yet all that is reported is its former quality problem and the effect of the tsunami. Electric vehicles (EVs) are portrayed as a one-day-maybe business yet 25% of cars sold in Japan are electric, Toyota making 60% of them – nearly all hybrid of course. See what happened from golf cars to indoor fork lifts and Autonomous Underwater Vehicles (AUVs) for example, and you get the point. EVs are a very large business now and key to the future. Huge potential acquisitions await such as KION profitably in forklifts but with no chance of becoming leader in EVs as a whole as that becomes the economically meaningful market. The latest IDTechEx report concerns profitability in the whole EV industry, how to optimise it and what comes next.

We forecast huge new markets opening up such as those for outdoor hybrid forklifts and military EVs. The predicted demise of vehicles dangerous to pedestrians on the sidewalk and to drivers on the road continues but there is always another one being designed by the romantics. The big picture reveals huge opportunities for business both in the vehicles and their components yet most participants are suicidally pursuing the “obvious”.

The reading of success and failure must be taken with a pinch of salt too. We simply do not know if the Nissan Leaf and the GM Volt will be a success because they have been production limited. Selling showroom models smells of desperation but not failure. Only this year will we see where they and their derivatives are headed and even then it is worth remembering that the Toyota Prius, winner by far, was in the wilderness for six years. It was laughed at.

So where are the IDTechEx forecasts now? We have had to recognise that the hybrid and pure electric car business has lost a year due to delayed rollouts and other factors and it alone is highly vulnerable to the whims of government support for the next few years. All other sectors are largely on track but the mix is changing within sectors. For example, hybrid buses are set to be a huge business particularly in China, guaranteed by state and local government support and largely recession proof, so we now report on them separately. There is a real possibility that we shall have to revise upwards our forecasts for the industrial and commercial sector in one year from now. By contrast, the military is adopting EVs fast but facing budget cutbacks, making forecasting rather difficult. We keep a watching brief on the excellent new hybrid electric powertrains in seagoing leisure boats. Certainly, the percentage of the electric vehicles business that is beyond cars continues to rise beyond 50%.