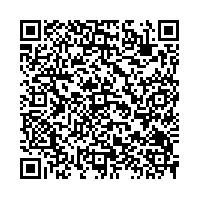 Subscribe to news
(PresseBox) ( London, 09-07-21 )
In line with forecasts, the PC market in Europe, the Middle East, and Africa displayed negative trends for the second consecutive quarter, as overall PC shipments declined by 9.8% year on year in 2Q09, according to preliminary data released today by IDC EMEA.

Central and Eastern Europe remained the most affected by the overall economic downturn, recording another 40% drop in PC sales. However, the Middle East and Africa showed some improvement versus last quarter, with growth bouncing back to 4%. The PC market in Western Europe also remained negative, but fared better than expected at -2.5%, as continued traction for mini notebooks stimulated consumer demand and helped sustain trends in EMEA.

"The second quarter of the year saw the region of Central and Eastern Europe, the Middle East, and Africa (CEMA) once again reporting a year-on-year contraction, this time of 21.7% in PC sales. In the short term, IDC does not foresee this market trend changing for the better, with CEE continuing to suffer" said Systems and Infrastructure Solutions Research Director Stefania Lorenz, of IDC CEMA. "The CEE region posted double-digit declines of 39.5%, in line with forecasts. The MEA region posted a more positive result at +3.6% thanks to strong demand in the notebook market. The overall CEMA market contraction is a direct result of the financial crisis, which is far from over, and is consequently affecting economic growth in some of the countries across the region. The CEMA region reported notebook decline of 10.6% and for desktop an even heavier year-on-year fall of 31.0%. Such levels indicate how far the PC market has fallen. We will probably be in the second half of 2010 before we see a real rebound of PC sales in the region."

The commercial segment continued to suffer the most from the impacts of the global economic slowdown. Businesses across the region continue to face the difficulty of obtaining credit, while emerging markets endure severe impacts from the withdrawal of foreign direct investment.

"As expected, the mini notebook segment in EMEA remained buoyant and with another 2.6 million units shipped in 2Q09, we're looking at 5.3 million units for the first six months of the year," said Morvay. "Momentum in the mini notebook market continued to be fuelled by strong vendor push, with Acer and Asus still dominating the market, though Samsung has now moved to third place in the mini notebook ranking and is clearly becoming a force to reckon with. Vendors' success hinges on their ability to address go-to-market and successfully integrate the telco channel into their strategy. The telco channel will continue to play an increasing role in the coming quarters, with both pan-European and local operators taking a more active role in the overall PC business and the parallel uptake of 3G embedded strategies will also clearly contribute."

HP maintained strong leadership in EMEA and continues to consolidate share thanks to effective execution in both the consumer and commercial markets. The vendor continued to deliver strong results in the commercial desktop segment, supported by growth in key economies, such as Germany and France. The vendor also maintained strong positions in the consumer portable PC market, despite limited push in the mini notebook category.

Acer recorded a solid quarter overall, assisted by continued strength in the portable PC market, where Acer maintained leadership, benefiting again this quarter from incremental volumes of mini notebooks. The vendor continued to deploy a strong push in the mini notebook segment, benefiting from the launch of the new 10.2in. and 11.6in models and an increasing footprint in the telco channel.

Dell maintained a strong third place in the overall ranking, but shipment levels further contracted, directly impacted by the overall slowdown in corporate/enterprise spending levels and a sharp decline the CEE region. However the vendor's indirect strategy is paying off, which coupled with new notebook and mini notebook models helped drive robust growth in the consumer portable segment in Western Europe.

Toshiba faced increasing challenges this quarter, suffering from a major contraction in the CEE region, while the vendor also experienced a slowdown in sales in Western Europe. With a strong focus on maintaining a profitable business, the vendor suffered from the shift towards low-priced entry-level systems. And with a limited mini notebook offering, Toshiba could not fully leverage from the sustained mini notebook momentum in Western Europe.

Asus reported further deceleration in shipment levels, but maintained fifth place in the overall EMEA ranking. The vendor continued to be adversely impacted by weak demand and high inventory levels across several countries, particularly in CEE. However, performance in Western Europe also dipped into negative, with Asus facing increasing challenges across both mainstream and mini notebook markets.

IDC is the premier global provider of market intelligence, advisory services, and events for the information technology, telecommunications, and consumer technology markets. IDC helps IT professionals, business executives, and the investment community make fact-based decisions on technology purchases and business strategy. More than 1,000 IDC analysts provide global, regional, and local expertise on technology and industry opportunities and trends in over 110 countries. For more than 44 years, IDC has provided strategic insights to help our clients achieve their key business objectives. IDC is a subsidiary of IDG, the world's leading technology media, research, and events company. You can learn more about IDC by visiting www.idc.com.