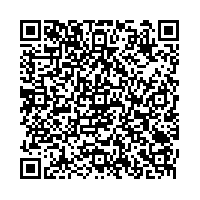 Worldwide Storage Software Market Slows to Nearly Flat Growth in the Second Quarter, According to IDC

Subscribe to news
(PresseBox) ( Frankfurt am Main, 12-09-11 )
Results from the International Data Corporation (IDC) Worldwide Storage Software QView show the worldwide storage software market closed the second quarter 2012 higher than the year ago quarter, but growing at a meager 0.9% rate. Revenue during the calendar second quarter of 2012 (2Q12) increased by just 0.9% year over year to $3.36 billion. This marks the second consecutive quarter of reduced year-over-year growth for the market and a performance level lower than any time since the fourth quarter of 2009.

"The second quarter storage software results were mixed when viewed by supplier or functional market," said Eric Sheppard, research director, Storage Software at IDC. "Indeed, five of the top eight suppliers experienced revenue growth, but this was offset by declines within a few of the market's larger suppliers. Most functional markets showed increased investments, but the increases were far smaller than the market had been experiencing over the past two years. These generally lower results can be partially attributed to suppressed economic growth in Europe, reduced government/education investments, and transitions specific to a few large suppliers."

EMC, IBM, and Symantec remained the top ranking storage software suppliers with 26.4%, 14.7%, and 14.6% market shares, respectively. CommVault and EMC experienced the largest organic growth during the quarter with 21.5% and 7.4% year over year increases.

Data Protection & Recovery and Archiving Software were once again the two fastest growing market segments with 2.4% and 2.2% year over year growth rates, respectively, or $1.16 billion and $404 million in total revenues.

International Data Corporation (IDC) is the premier global provider of market intelligence, advisory services, and events for the information technology, telecommunications, and consumer technology markets. IDC helps IT professionals, business executives, and the investment community to make fact-based decisions on technology purchases and business strategy. More than 1,000 IDC analysts provide global, regional, and local expertise on technology and industry opportunities and trends in over 110 countries. For more than 48 years, IDC has provided strategic insights to help our clients achieve their key business objectives. IDC is a subsidiary of IDG, the world's leading technology media, research, and events company. You can learn more about IDC by visiting www.idc.com.