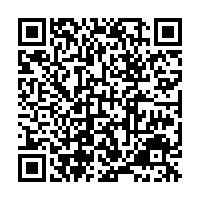 Subscribe to news
(PresseBox) ( Cancun, 17-06-07 )
The International Air Transport Association (IATA) announced that Goh Choon Phong, CEO of Singapore Airlines, has assumed his duties as Chairman of the IATA Board of Governors (BoG) for a one-year term, effective from the conclusion of the 73rd IATA Annual General Meeting (AGM) in Cancun, Mexico. Goh is the 76th Chair of the IATA BoG, and the third CEO of Singapore Airlines to hold this position.Goh succeeds Willie Walsh, CEO of International Airlines Group. Walsh will continue to serve on the BoG and the Chair Committee.

"It is an honor to serve as IATA’s Chairman for the coming year. While the industry’s global profitability may be strengthening, there is more work to be done as it is not evenly spread. Security is at the top of the agenda. We must improve our partnership with governments to meet the many emerging threats. Additionally, I will be paying special attention to progressing preparations for the Carbon Offset and Reduction Scheme for International Aviation (CORSIA), driving the modernization of cargo processes, and increasing transaction volumes with the New Distribution Capability. We have a busy year ahead.  I look forward to working with Alexandre and his team to represent, lead and serve the airline industry," said Goh.

Goh joined Singapore Airlines in 1990 and held senior management roles in Singapore and overseas before being appointed CEO in 2011. He was President of the 68th IATA AGM which was held in Singapore in 2011 and has served on the IATA BoG since then.

"I want to express my sincere appreciation to Willie Walsh for his strong support and leadership as Chairman of the IATA Board of Governors. Willie’s insights were especially helpful as I settled into the job of Director General. And it was great to see the historic CORSIA agreement being achieved during his tenure as Chairman. Willie has been a long-time advocate for a market-based measure to help meet our climate change commitments," said Alexandre de Juniac, IATA’s Director General and CEO.

"I look forward to working closely with Choon Phong during his term as Chairman. Singapore is a rare example of a country where all the dots in aviation have been connected to create a powerful aviation success story. Strong partnerships are also needed at the global level to deliver aviation’s economic and social benefits. Choon Phong’s experience and insight in this area will be invaluable as we address the many issues that confront the industry," said de Juniac.

IATA also announced the BoG agreed to appoint Akbar Al Baker, CEO of Qatar Airways, to serve for a one-year term as Chairman of the IATA BoG from June 2018, following Goh’s term.