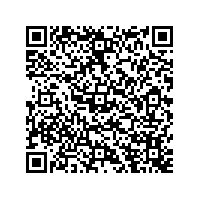 (PresseBox) ( Schopfloch, 14-05-23 )
HOMAG Group AG, the world's leading manufacturer of plant and machinery for the woodworking industry and cabinet makers, extended the syndicated loan agreement concluded in 2012 ahead of schedule and again significantly improved the conditions of the agreement. The new term of the loan is five years and, like the agreement valid to date, is subject to compliance with specific covenants. Both the syndicate of banks led by Commerzbank, Deutsche Bank and UniCredit as well as the volume of EUR 210 million are identical to the former agreement. The former agreement would have expired in September 2016.

"We took advantage of this opportunity to further reduce our borrowing costs," explains CFO Hans-Dieter Schumacher. The banks have rewarded the strong development of HOMAG Group AG as reflected in the constant improvement of the results of operations since the conclusion of the former agreement. Our plans for growth thus continue to be backed by sound financing," concludes Schumacher.

This press release contains certain statements relating to the future. Future-oriented statements are all those statements that do not pertain to historical facts and events or expressions pertaining to the future such as "believes", "estimates", "assumes", "forecasts", "intend", "may", "will", "should" or similar expressions. Such future-oriented statements are subject to risks and uncertainty since they relate to future events and are based on current assumptions of the Company, which may not occur in the future or may not occur in the anticipated form. The Company points out that such future-oriented statements do not guarantee the future; actual results including the financial position and the profitability of the HOMAG Group as well as the development of economic and regulatory framework conditions may deviate significantly (and prove unfavorable) from what is expressly or implicitly assumed or described in these statements. Even if the actual results of the HOMAG Group including the financial position and profitability as well as the economic and regulatory framework conditions should coincide with the future-oriented statements in this announcement, it cannot be guaranteed that the same will hold true in the future.