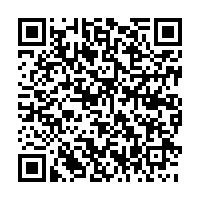 (PresseBox) ( Villingen-Schwenningen, 13-05-27 )
At Hess, one of the renowned provider of design-orientated outdoor lighting, it is worked hard on the implementation of the new concept and therefore on the future of the company.

The positive news of the continuation of business operations and the company heading in the right direction was already announced at the end of April.

Now, a first important milestone could be reached along this route. By founding

the future was and is initiated visibly. All sales activities will initially be bundled in the new GmbH. The operational areas will gradually be integrated into this GmbH.

"The future of Hess takes concrete shape", states a pleased Andreas R. Budde, Managing Director of Hess AG and at the same time General Manager of the newly established GmbH. "Our customers receive through the GmbH under company law a new partner. Hess with a new livery, however, still stands for proven quality of service, competent advice all about light as well as the delivery of premium and designorientated luminaires", so Budde.

From the insolvency administrator Dr Volker Grub's perspective, the foundation of this GmbH is a logical and for the further development of the company necessary step. "Especially municipal customers have a problem with ordering at a company undergoing insolvency proceedings", explains Dr Grub and is optimistic regarding the further development: "By finalising the future concept and the announcement of the continuation of the operational activities, we have set the fundamental course for the company at the end of April. We are now on the right track and are gathering speed".

As already reported, Hess will concentrate its sales activities on certain core markets as well as dedicate itself more again to project-related assembly reflecting the manufacture character and aspiration for quality and design of luminaires as part of the future concept.