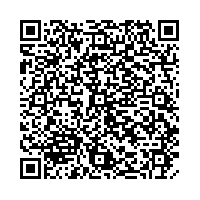 Subscribe to news
(PresseBox) ( Berlin, 19-10-25 )
With research subjects covering photovoltaics, Earth system science, motor neuron disease, the origins of the universe, and the health risks of climate change, five outstanding international scientists have now been honored with the Helmholtz International Fellow Award in the second round of this year’s nominations.

“Cooperation with the world’s best researchers is a key objective of the Helmholtz Association’s international activities. That is why we established the Helmholtz International Fellow Award,” says Otmar D. Wiestler, President of the Helmholtz Association. “We intend this award to further intensify international cooperation. I’d like to wholeheartedly congratulate the five prizewinners who have now been chosen. They are all making exceptional contributions to fields of research that are central to the work of our research association.” In addition to receiving prize money of €20,000, the winners will also be invited to conduct research at one or more Helmholtz Centers.

The five senior scientists selected to receive the Helmholtz International Fellow Award in the current round of nominations come from the United States, France, Israel, and Cyprus:

The award, which is financed by the Helmholtz President’s Initiative and Networking Fund, has been presented twice a year since 2012. The Helmholtz Executive Committee selects the prize winners from nominations submitted by Helmholtz Centers. The next and, for the moment, final round of nominations is expected to be launched in January 2020.

Helmholtz contributes to solving major challenges facing society, science, and the economy through top-level scientific achievements in six Research Fields: Energy, Earth and Environment, Health, Key Technologies, Matter, and Aeronautics, Space, and Transport. With more than 40,000 employees at 19 Research Centers and an annual budget of around 4.7 billion euros, Helmholtz is the largest scientific organization in Germany. Its work is rooted in the tradition of the great natural scientist Hermann von Helmholtz (1821-1894).