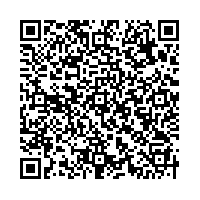 Subscribe to news
(PresseBox) ( Dresden, 14-06-30 )
Heliatek GmbH, the world leading company in the production of organic solar films, has successfully introduced its products at LOPEC and Intersolar Europe in Munich, reaching out to its customers for the first time with its own booth concept. This is now being followed by a first appearance in the US market with a booth at SEMICON West/Intersolar North America. Heliatek will have opaque and transparent types of HeliaFilm™ on display and give a talk on its various applications.

Heliatek has been generating significant interest for its HeliaFilm™ product range at two important international events this spring. The team was present with products and presentations at LOPEC and Intersolar, and is currently working with key customers on developing pilot projects in combination with different materials mainly for BiPV and automotive applications.

Heliatek's award-winning HeliaFilm™ is ideally suited to these applications because it is available as in an opaque or semi-transparent version including a variety of colors. The film is ultra-light, ultra-thin and has a high energy output under real world conditions, thanks to its unique material properties:

- Due to its inherent positive temperature behavior, Heliafilm™ performs best when fully exposed to sunlight, resulting in slightly increased energy output in hot climate conditions or on insulated façades not having any ventilation system.

- Heliafilm™ operates highly efficiently in any orientation, even when not directly facing the sun and receiving only indirect or diffused light. This leads to substantial energy output during hazy or cloudy days and on façade structures that are not ideally oriented towards the optimum angle and direction towards the sun.

Heliafilm™ is manufactured using a well-established vacuum deposition process, already proven in the OLED display industry. That allows Heliatek a robust and stable ramp-up curve and leads to a well-defined roadmap for scaling up production capacity to an economically feasible scale. The company incorporates these production methods into a cost effective, roll-to-roll process on PET substrates.

Heliatek was spun off in 2006 from the Technical University of Dresden and the University of Ulm. The company is the leader in the field of Organic Electronics Energy through both its leading edge material development and its proven capability for volume manufacturing. Its business model is to supply custom-designed HeliaFilm™ to industrial partners in industries such as building and construction materials, automotive and light architectural structures. Heliatek maintains a total staff of some 75 specialists at its facilities in Dresden and Ulm, Germany.

Investors in Heliatek include leading industrial and financial companies such as BASF, Bosch, RWE, Wellington Partners and eCapital. Research and development work, as well as the installation of production technology has been funded by the Free State of Saxony. The BMBF (Federal Ministry for Education & Research, projects: LOTsE (03EK3505E), Organic pin-devices 2.1 (03IPT602B), the BMWi (Federal Ministry of Economics and Technology) and European Union. Heliatek is currently operating its first roll-to-roll manufacturing line in Dresden, Germany.