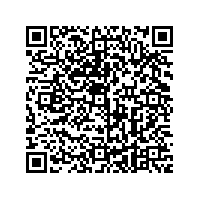 (PresseBox) ( Heidelberg, 10-10-18 )
The Prinect Inpress Control inline measuring system from Heidelberger Druckmaschinen AG (Heidelberg) improves both the profitability and environmental performance of print shops. Studies conducted by Heidelberg have revealed that Prinect Inpress Control can reduce paper waste by an average of between 100 and 150 sheets per print job and cut setup times by between eight and twelve minutes. In conjunction with the Prinect workflow, it is even possible to cut paper waste by up to 350 sheets per setup process. Besides avoiding paper waste, additional energy savings brought about by faster job processing can cut annual CO2 emissions by up to 122 metric tons depending on the particular job structure and press model.

"Prinect Inpress Control is a prime example of the Heidelberg slogan 'Think Economically, Print Ecologically'," says Stephan Plenz, member of the Management Board responsible for Heidelberg Equipment. "On average, Heidelberg supplies every second Speedmaster XL 105 and every fourth Speedmaster XL 75 with Prinect Inpress Control. This helps reduce the impact on the environment by producing less waste, cutting energy consumption, and reducing CO2 emissions."

As printers no longer have to pull practically any sheets for manual control, print jobs are around 30 percent faster. It also cuts the impact on the environment." Print shop manager Peter Hofmann adds: "Thanks to the tonal value control of Prinect Inpress Control, we can see in good time when a washup procedure is needed. Instead of implementing preventive washup cycles as before, cleaning is now much more targeted and uses less washup solution. In addition, production monitoring ensures fewer fluctuations and minimizes waste throughout the job." As h. reuffurth GmbH, located in Mühlheim am Main, specializes in the premium segment, it attaches great importance to all color management issues. The company uses Prinect Inpress Control in its Speedmaster XL 75 and Speedmaster XL 105 presses. A central ink supply feeds both machines via connecting pipes, resulting in the use of fewer ink cans and cartridges and helping to cut waste further. Both presses are equipped with the latest peripherals, such as PowderStar and CleanStar, which promote environmentally friendly printing.

Prinect Inpress Control automatically measures and controls color and register on the fly and at any print speed. Integrated directly into the press, the measuring unit measures process colors, spot colors, and register in the print control strip. Any corrections required are immediately forwarded to the Prinect Press Center press control station. As the press does not need to be stopped for either setup or monitoring of the production run, Prinect Inpress Control increases productivity and protects the environment by producing less paper waste and reducing energy consumption. Prinect Inpress Control is available for Speedmaster XL 75, SM 102, CX 102, XL 105, XL 145, and XL 162 presses. The spectrophotometric measuring unit is always located in the final printing unit. In perfecting presses, there is an additional measuring unit in the printing unit immediately before sheet reversal.

Located in Mühlheim am Main, the company has 75 employees and celebrated its 50th anniversary in 2009. Hans Reuffurth took over the company in 1982 when he was 33. Starting with prepress operations, he developed the company in 2000 into a full-service print shop focusing on the premium segment. The pressroom features a Speedmaster SM 52 and Speedmaster XL 75 and XL 105 presses, each equipped with Prinect Inpress Control. The postpress area includes, among other equipment, four Stahlfolder machines and a new Stitchmaster ST 450.