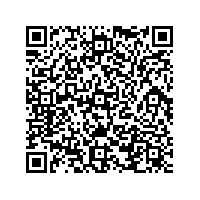 Subscribe to news
(PresseBox) ( Heidelberg, 08-05-07 )
.
- Sales and operating result down on last year
- Business hit by struggling global economy and strong euro
- No market improvement on horizon for current financial year 2008/2009
- First quarter 2008/2009: Sales are expected to be down on previous year's figure; operating result (EBIT) predicted to be negative
- Management Board drawing up package of measures
- Proposed dividend matches last year's EUR 0.95

Market conditions worsened considerably for Heidelberger Druckmaschinen AG (Heidelberg) in financial year 2007/2008 (April 1, 2007 to March 31, 2008), with sales, operating result and net profit all down on the previous year's levels. "Poorer economic prospects have taken their toll over the past financial year, in particular during the second six months," stated Heidelberg CEO Bernhard Schreier. "This has led to a reluctance to invest in a number of regions," he added.

However, it is already predictable that the sales for the first quarter of financial year 2008/2009 will be down on the previous year's figure, and that the operating result (EBIT) will be negative. Like the first quarter 2008/2009, the entire fiscal year will be affected by non-recurring expenditures for drupa, the start-up of series production for a number of new products and the strong euro. For these reasons, the operating result for the entire fiscal year 2008/2009 will be down on previous fiscal year's figure.

"After drupa but before the Annual General Meeting on July 18, we will announce appropriate measures to secure our leading market position and financial performance in the long term," stated Schreier. "Our aim is to improve our cost structures and lessen the effect of exchange rates in the medium term by internationalizing purchasing and production. We will also be stepping up our service and consumables operations to further reduce our dependency on economic cycles," he added.

Preliminary figures for financial year 2007/2008 Preliminary sales by the Heidelberg Group for the year as a whole totaled EUR 3.670 billion, 3.5 percent down on the previous year's figure (previous year: EUR 3.803 billion). Business slowed in the fourth quarter in particular due to the effects on the world economy of the financial crisis in the U.S. and customers' reluctance to make investments in the run-up to the all-important drupa trade show.

Preliminary incoming orders in the financial year just closed amounted to EUR 3.649 billion, around 5 percent down on the previous year's figure (previous year: EUR 3.853 billion). Whereas the high volume of orders achieved in the previous year was exceeded in Germany, fears of a recession and further effects of the credit crunch made U.S. customers less ready to invest. Business was also less than satisfactory in the United Kingdom and Japan. On a more positive note, orders were boosted by the recovery in the Chinese market.

In the period under review, the Heidelberg Group recorded an operating result of EUR 268 million (previous year, adjusted for positive one-time effects: EUR 302 million). This represents an operating return on sales of 7.3 percent (adjusted value for the previous year: 7.9 percent). The previous year's figure was boosted by the sale of Linotype GmbH and the R&D Center in Heidelberg ("sale and lease back").

"We have once again achieved a good free cash flow in a difficult economic situation. Based on the preliminary figures of financial year 2007/2008 the Management Board intends to propose the Supervisory Board and subsequently the Annual General Meeting a dividend of EUR 0.95, which matches last year's dividend," said Heidelberg CFO Dirk Kaliebe.

In the EMEA, North America, Latin America, and Asia/Pacific regions, sales and incoming orders either matched the previous year's level or fell below it. Sales and incoming orders only climbed significantly in the Eastern Europe region. Growth was particularly strong in Russia in the year under review. It was a different story for the Asia/Pacific region where, despite the recovery in the Chinese market, the figures fell below the previous year due to the extremely unfavorable currency situation for European suppliers in Japan. Incoming orders slackened off in the North America region, in particular in the second half of the year.

Other dates:
The scheduled publication date for the Annual Report 2007/2008 is June 10, 2008. As this coincides with the drupa trade show, a press release will replace the usual press conference.

For further details, visit the Internet Press Lounge at www.heidelberg.com