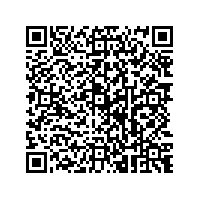 
Following the successful end to financial year 2018/2019, Heidelberger Druckmaschinen AG (Heidelberg) aims to vigorously pursue its digital transformation. The company is to become less susceptible to economic fluctuations in the future, primarily due to the expansion of innovative digital business models and the higher proportion of recurring contract sales these will bring. Approximately 30 contracts were concluded in financial year 2018/2019 and customer demand is rising, which is why Heidelberg is continuing to expand its subscription offerings. At present, customers are offered a fully inclusive package that combines equipment, services, software and consumables in one usage-based contract that runs over several years. In the future, customers will also be able to combine and utilize individual components from this offering over a defined period of time and in line with set standards. This will enable them to switch to usage-based service models in a phased process. In the medium term, approximately a third of overall sales and around two thirds of lifecycle sales at Heidelberg are to be generated on a sustainable basis through contract business.

Furthermore, Heidelberg is working on an industry platform that will offer print shops an automated, usage-based means of meeting their needs for software applications and consumables. Due to the ramp-up of the Heidelberg digital portfolio, primarily in the growing packaging segment, the number of installed systems will increase, thus generating considerable growth in stable, recurring sales of consumables, which will outstrip machine-only business. In China, for example, Heidelberg has, for the first time, joined with a leading packaging manufacturer to invest in a new online business model for designing, ordering, and printing custom folding cartons under the name ‘boxuni.’

“We are vigorously pursuing the Group’s reorganization. Thanks to the expansion of digital business models and the considerably higher share of recurring contract sales associated with these, we are going to get back onto a growth trajectory in the medium term and reduce our exposure to economic fluctuations,” explains Heidelberg CEO Rainer Hundsdörfer.

As announced when the preliminary figures were published in early May, Heidelberg has achieved its operating goals following a strong end to financial year 2018/2019 (April 1, 2018 to March 31, 2019). For instance, at €2,490 million, group sales were around 3 percent up on the previous year (€2,420 million). By contrast, the economic slowdown and the dampening effect this had on the dynamics of new machine orders meant that incoming orders, which reached €2,559 million at the end of March 2019, could not achieve the same level as in the previous year (€2,588 million).

At €27 million, free cash flow in the fourth quarter was positive while, for the year as a whole, it was €–93 million and therefore considerably below the previous year’s figure of €–8 million, as had been anticipated. As announced, during the financial year under review, a considerably larger sum was invested in growth areas such as digital projects, the expansion of new business models, and the new innovation center at the Wiesloch-Walldorf site. Following a capital increase, the net financial debt was €250 million (March 31, 2018: €236 million) and, at 1.4, leverage (net financial debt in relation to EBITDA) remained well below the target value of 2.

“As planned, we have finished financial year 2018/2019 with moderately improved sales and results. Our core business developed well and, from a financial standpoint, we have a very solid footing for the future,” commented Dirk Kaliebe, the company’s CFO.

Cautious outlook for 2019/2020: Sales and proﬁtability forecast at prior-year level

Looking forward, despite growing weakness in the global economy towards the end of the financial year, Heidelberg expects to see a stable performance in its core business and growth in digital subscription model. However, with underlying economic conditions making companies more reluctant to invest in new technologies the ramp-up in the area of digital printing can be expected to be more conservative than originally planned. Postpress sales will grow at a slower rate as the antitrust authorities blocked the acquisition of MBO. In addition, the downturn in trade in consumables is likely to be greater than expected.

Brexit, Heidelberg is entering the new financial year 2019/2020 with caution and anticipates revenue on a par with the reporting year’s level.

With regard to the operating result, taking into account the expected effects of IFRS 16, Heidelberg is aiming for an EBITDA margin excluding restructuring result of 7.5 to 8.0 percent: Operating profitability is thus expected to be at the level of the reporting year after adjustment for the anticipated effects of IFRS 16.

In terms of the financial result, the positive effects of the partial repayment of the high yield bond in the past year will be more than offset by IFRS 16 and the temporary increase in net working capital. Based on the expected stable development in sales and the operating result, the net result after taxes is also forecast to remain stable – and presumably not significantly affected by IFRS 16 – at the level of the year under review.

“There is no alternative to the ‘Heidelberg goes digital!’ strategy. We will continue to see the fruits of our strategic activities. Unfortunately, current economic developments are dampening our growth dynamic, even though the market potential for digitization in the printing industry and for digital packaging printing remains high,” says Hundsdörfer.

The Annual Report for financial year 2018/19, image material, and additional information about the company are available in the Press Lounge of Heidelberger Druckmaschinen AG at www.heidelberg.com.

This press release contains forward-looking statements based on assumptions and estimations by the Management Board of Heidelberger Druckmaschinen Aktiengesellschaft. Even though the Management Board is of the opinion that those assumptions and estimations are realistic, the actual future development and results may deviate substantially from these forward-looking statements due to various factors, such as changes in the macroeconomic situation, in the exchange rates, in the interest rates, and in the print media industry. Heidelberger Druckmaschinen Aktiengesellschaft gives no warranty and does not assume liability for any damages in case the future development and the projected results do not correspond with the forward-looking statements contained in this press release.