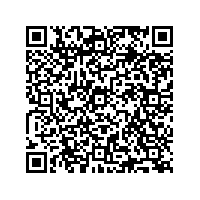 (PresseBox) ( Heidelberg, 08-06-03 )
Heidelberger Druckmaschinen AG (Heidelberg) has just handed over the 2,000. computer-to-plate (CtP) imagesetting system in the Suprasetter family to the Australian prepress company PageSet Digital Print & Pre-press at drupa in Düsseldorf. The device is a Suprasetter 105 with a throughput of 27 plates per hour. The order includes a Multi Cassette Loader for up to 600 plates and the Prinect Prepress Manager for an automated prepress workflow.

PageSet is one of Australia's biggest prepress studios and over the years has also been commissioned by numerous print shops to run their prepress departments. PageSet operates in 12 sites throughout Australia. This is the first Suprasetter for the long-standing Heidelberg customer and replaces the first of nine Trendsetter units currently being used by the company.

To date, Heidelberg has sold more than 6,500 computer-to-plate units throughout the world. The company began developing the technology for direct imaging of printing plates at the start of the 1990s. The takeover of Linotype Hell AG in 1997 saw the launch of CtP platesetters in the form of the Trendsetter and, later on, Topsetter models. In 2001, Heidelberg unveiled the Prosetter series, its first family of CtP violet platesetters developed in-house for the 35x50, 50x70 and 70x100 centimeter formats. At drupa 2004, the company presented the Suprasetter family based on thermal technology, a modular design, and a completely new laser head developed in-house. It was followed in the fall of 2006 by the Suprasetter A52/A74 series. This offers small and midsize print shops in particular a cost-effective gateway to thermal platesetting while maintaining the same high imaging quality delivered by the high-end models in the series.

At the start of 2008, Heidelberg added a whole raft of technical innovations and extensions to the Suprasetter series. This was followed at drupa 2008 by the presentation of the latest - for the time being - Suprasetter models for the format classes 190, 162 and 145, augmenting the equally new presses for the very large format, the Speedmaster XL 162 and XL 145. Both the new Speedmaster presses and the new Suprasetter units for the 100x140 centimeter and 120x162 centimeter format classes have already received the prestigious red dot design award.

Testing the leak tightness of RFID transponders in the production process