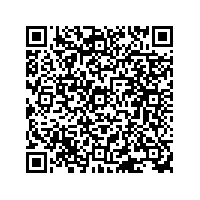 (PresseBox) ( Heidelberg, 06-03-21 )
Heidelberger Druckmaschinen AG (Heidelberg) will restructure the "HPP 2006" - High Performance Production - project as the Heidelberg Production System (HPS) this April. Principles and methods prepared in the "HPP 2006" project will thus be brought together, consolidated, and developed further in a fully integrated system. HPS aims to make the German sites more competitive by standardizing and constantly improving the production structures and processes. This will enable them to respond faster to dynamic market challenges, boosting productivity, quality, and adherence to deadlines.

The "HPP 2006" project was launched in 2003 and has now been completed. Production structures and processes at the Wiesloch, Amstetten, and Brandenburg sites have been analyzed and improved in twelve major projects. The long-term savings will run into several tens of millions of Euro.

As well as optimizing production, there are also plans to construct a new assembly hall at the Wiesloch site to produce the new large-format sheetfed presses. Building will start in the first half of this year. The new format class is intended to further strengthen Heidelberg's market position. The production system will also be deployed in the company's large-format production operations.

The company has used the changes in the print media industry up to 2005 to reorganize its production structures for the future. The chief aim of "HPP 2006" was to boost the company's competitiveness on the market. This was achieved by redesigning workflows and systems in the production process.

The foundations were laid to meet changing market and customer needs such as shorter delivery times and special press configurations even more effectively. Processes were synchronized based on the "pull principle". This has enabled greater focus to be placed on value-adding operations and significantly reduces throughput times and material storage.

"In the last three years, Heidelberg has succeeded in streamlining and modernizing production considerably," says Dieter Stempnewicz, Manager of the Wiesloch site. "The healthy order books testify to the success of the project."

The "HPP 2006" project continually analyzed and improved workflows at defined production stages along the value-adding chain. "Each of the twelve subprojects produced positive results. For medium-format assembly (A2 format presses) a state-of-the-art factory was created that led to productivity rising by up to 10 percent," adds Dieter Stempnewicz. "This also resulted in material storage times falling from 60 working days to 41, a reduction of approximately 30 percent."

Overall, the long-term savings for the company will run into several tens of millions of Euro. "HPP 2006" accounted for an investment volume of around nine million Euro.

"HPP 2006" will be restructured as the Heidelberg Production System HPS in April. The results of the individual subprojects will now be merged into a fully integrated system. Improvements that have already been made will be consolidated, and a continuous improvement process put in place that will start generating further savings over the coming years.

"To ensure long-term success, we need to keep our unit labor costs competitive on an international scale," says Stephan Plenz, responsible for HPS and future manager of the Wiesloch site. "This requires productivity to be increased significantly year after year while maintaining consistently high quality." The launch of the Heidelberg production system, he adds, sees the company deliver an effective response and lay the foundations for further success on the global market.

Site data:
Wiesloch
Production of cams, gears, levers, and electronics. Assembly of all printing presses and recorders. Total workforce: 6,135 (As at: December 31, 2005)

Fakten zu HPP 2006:
HPP 2006 - key result
As part of HPP 2006, all production processes have been analyzed since 2003 in twelve projects. The long-term savings run into several tens of millions of Euro.


Reduction of throughput times by 30 percent
Reduction of stocks by 50 percent
Summary:
HPP 2006 is geared towards delivering high-output production and making the Heidelberg production sites "breathing factories" that can react flexibly and quickly to market challenges and adapt to customer needs.