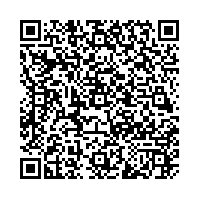 
During a challenging financial year 2019/20 (April 1, 2019 to March 31, 2020), business operations at Heidelberger Druckmaschinen AG (Heidelberg) was impacted by the increasingly deteriorating economic environment caused by the Covid-19 pandemic. Based on preliminary figures yet to be audited, Group sales amounted to € 2,349 million, some 6 percent down on the previous year. Restrained investment activity caused by the economic circumstances had a negative impact on business, first and foremost in Europe. During the fourth quarter, macroeconomic conditions worsened considerably and unexpectedly due to the Covid-19 pandemic and this was clearly reflected in sales, which at € 659 million were significantly lower than in the same quarter of the previous year (€ 797 million).

The preliminary operating result (EBITDA) excluding the effects of restructuring was € 102 million, after being € 180 million in the previous year. The EBITDA margin excluding the effects of restructuring thus reached 4.3 percent and was below the previous year's figure of 7.2 percent due to volume and product mix effects. Furthermore, the non-recurring expenditure for the company’s realignment (€ 275 million) impacted the result for the financial year under review as planned. The provisional net result after taxes was thus € –343 million (previous year: € 21 million).

“Financial year 2019/20 was shaped by a significant downturn in the global economic climate, and that affected our customers and Heidelberg itself, too. Through our package of measures which we have announced in March, we have paved the way for Heidelberg to achieve stability, improve our liquidity and increase profitability step by step for the long term. The Covid-19 pandemic poses significant challenges for Heidelberg and the entire industry, which we will master alongside our customers and using what Heidelberg has to offer as a technology leader in the printing industry. By joining forces, we will emerge stronger from the crisis," says Rainer Hundsdörfer, CEO of Heidelberg.

To counteract the downturn in underlying conditions over the year and increase financial stability, Heidelberg had already agreed a comprehensive package of measures in mid-March 2020. On the one hand, it includes an increase in liquidity and a significant reduction in net debt due to the almost complete retransfer of around € 380 million from the trust assets of Heidelberg Pension-Trust e.V., which was established in 2005. As a result, net debt was significantly reduced to € 43 million at the end of March 2020 (previous year: € 250 million). On the other hand, profitability is being increased on a sustainable basis by lowering production and structural costs. This involves ensuring a consistent focus on profitable core business – including ending the production of Primefire and large-format presses – and the planned reduction in personnel.

“This considerable improvement in our liquidity gives us essential room for maneuver in these difficult times. Heidelberg is going to implement the announced measures consistently and quickly. We are all aware that the cuts are a significant blow, particularly in the current situation. However, they are absolutely essential to safeguarding the future of Heidelberg,” says Heidelberg CFO Marcus A. Wassenberg, who is responsible for implementing the package of measures.

The negotiations on the implementation of the package of measures have largely been concluded with the employee representatives. Agreement has been reached in particular on the instruments of partial retirement and the establishment of a transfer company. The final consultations will focus on further detailing the implementation of the measures for all German sites and on concluding the agreements shortly.

The company will publish its financial statements and the Annual Report for 2019/20 on June 9, 2020.

This press release contains forward-looking statements based on assumptions and estimations by the Management Board of Heidelberger Druckmaschinen Aktiengesellschaft. Even though the Management Board is of the opinion that those assumptions and estimations are realistic, the actual future development and results may deviate substantially from these forward-looking statements due to various factors, such as changes in the macro-economic situation, in the exchange rates, in the interest rates, and in the print media industry. Heidelberger Druckmaschinen Aktiengesellschaft gives no warranty and does not assume liability for any damages in case the future development and the projected results do not correspond with the forward-looking statements contained in this press release.