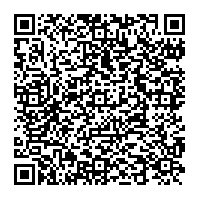 Subscribe to news
(PresseBox) ( Heidelberg, 17-07-27 )
Around 1,600 shareholders today participated in the Annual General Meeting of Heidelberger Druckmaschinen AG (Heidelberg) for financial year 2016/2017, which was held at the Congress Center Rosengarten in Mannheim. Close to 30 percent of the company’s share capital was represented at the event.

The Management Board discussed the company’s strategy and the figures for the past financial year (April 1, 2016 through March 31, 2017) with the shareholders. CEO Rainer Hundsdörfer presented “Heidelberg goes Digital!” in his speech, outlining the future direction for Heidelberg with a strategic focus on technology leadership, digital transformation, and operational excellence. Following the successful turnaround with a return to sustained profitability, Heidelberg will now also be aiming for growth. Group sales of around €3 billion are being targeted by 2022 through a large number of specific measures. The company has set its sights on a further significant improvement in profitability, with EBITDA of €250 to 300 million and a net profit after taxes of over €100 million. Sales in financial year 2016/2017 were just over €2.5 billion, EBITDA €179 million, and the net result after taxes €36 million.

Approval from the company’s shareholders was needed for six of the seven items on the AGM agenda, including Oliver Jung’s election to the Supervisory Board. All items on the agenda were approved with a clear majority.

Heidelberg IR now also on Twitter:
Link to IR-Twitter Channel: https://twitter.com/Heidelberg_IR
To find on Twitter under the name: @Heidelberg_IR

Other dates:
The scheduled publication date for the financial statements for the first quarter of 2017/2018 is August 10, 2017.

This press release contains forward-looking statements based on assumptions and estimations by the Management Board of Heidelberger Druckmaschinen Aktiengesellschaft. Even though the Management Board is of the opinion that those assumptions and estimations are realistic, the actual future development and results may deviate substantially from these forward-looking statements due to various factors, such as changes in the macro-economic situation, in the exchange rates, in the interest rates and in the print media industry. Heidelberger Druckmaschinen Aktiengesellschaft gives no warranty and does not assume liability for any damages in case the future development and the projected results do not correspond with the forward-looking statements contained in this press release.