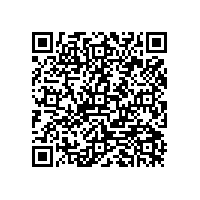 Net Neutrality: What's all the fuss about?

Subscribe to news
(PresseBox) ( London, 10-08-24 )
Search Engine Google and Verizon, a leading internet service provider and formerly one of the AT&T Bell companies, are close to finalising a deal which would facilitate Verizon's being able to speed online content to internet users more quickly, if the content's creators are willing to pay for it. The idea that some sites, through paying a fee (or other) to Verizon, can gain priority and run faster than others has backers. It also has its share of critics and protestors, all of who perceive such an arrangement as going against the ethic of Net Neutrality. Andreas Pouros, Chief Operating Officer at Greenlight, a UKbased independent search and social marketing agency, examines the extent to which it can be claimed that what currently exists is truly in keeping with the ethos of neutrality. According to Pouros, Google has two challenges, one of which is legislative, the other reputational and the search industry is watching....

Net neutrality, or Internet/network neutrality is the principle that people simply shouldn't mess with the magic of the internet and should take a handsoff approach with its administration; more specifically that governments and internet service providers (ISPs) should not place any restrictions on the internet's content or means of accessing that content - two users should essentially have access to the same content in the same way.

According to Google, "network neutrality is the principle that internet users should be in control of what content they view and what applications they use on the internet. The internet has operated according to this neutrality principle since its earliest days... Fundamentally, net neutrality is about equal access to the Internet. The broadband carriers should not be permitted to use their market power to discriminate against competing applications or content. Just as telephone companies are not permitted to tell consumers who they can call or what they can say, broadband carriers should not be allowed to use their market power to control activity online."(Guide to Net Neutrality for Google Users)

However, Google and Verizon have put forward a proposal to the Federal Communications Commission (FCC), to essentially retain this net neutrality on the public internet but to allow broadband operators and network operators to offer new services that might be discriminate in terms of their price and speed. They are proposing that broadband providers can allocate bandwidth for such discriminatory projects, working with other application or service providers as they see fit. They mention a few specific examples to help illustrate their thinking, examples like health care monitoring, advanced educational services, or new entertainment and gaming options. Essentially, they are proposing they be permitted to create a twotier system whereby network capacity could be sold to companies willing to pay for that service to in turn provide a higher quality service to their optin users.

Whilst Verizon has said it has no intention of selling bandwidth from the 'public' network, it wants to make certain it could provide dedicated bandwidthbased services to third parties if it wanted to. Verizon CEO, Ivan Seidenberg said:

"Verizon is standing tall. We said we agree that there should be no paid prioritization of traffic over the public Internet. Google (and others) will continue to innovate, and we have to feed that cookie monster. All we have asked is that we are allowed to offer services like Fios."

Fios is a bundled home communications service Verizon offers that makes use of an endtoend fibre optics network, offering internet, telephone and television. Verizon cannot offer it over the Internet, given neutrality requirements, so it is offered as a network separate from the internet.

The proponents of net neutrality clearly don't like this one little bit, as creating a twotier system, even if it means legislating neutrality in one of the tiers, results in the fragmentation that they fear and still discriminates in their eyes.

Given that Google's unofficial motto is 'Do no evil', the backlash in some quarters has been brutal. On the ominous Friday the 13August, internet users from across the Bay Area converged outside Google's offices in protest. The rally was organized by ColorofChange.org, Credo Action, MoveOn.org, Free Press and the Progressive Change Campaign Committee.

SavetheInternet.com summarised the sentiment as follows:

"Google previously had been a champion of policies such as Net Neutrality - the fundamental principle that keeps the Internet open and free from discrimination. Its decision to team up with Verizon, long an opponent of such policies, has drawn the ire of public interest advocates."

So who are pro / against net neutrality legislation?

Many Internet giants are proponents of net neutrality, and also supporters of the US government's involvement in regulating it to ensure the internet stays 'open'. The likes of Amazon, Craigslist, Google (kind of), Facebook, Sony, IAC, and Twitter fall into this camp. President Obama himself does too:

"I am a strong supporter of net neutrality... What you've been seeing is some lobbying that says that the servers and the various portals through which you're getting information over the internet should be able to be gatekeepers and to charge different rates to different Web sites... And that I think destroys one of the best things about the Internetwhich is that there is this incredible equality there... Facebook, MySpace, Google might not have been started if you had not had a level playing field for whoever's got the best idea and I want to maintain that basic principal in how the internet functions. As president I am going to make sure that that is the principle that my FCC commissioners are applying as we move forward."

In the against net neutrality camp are a number of large hardware and telecommunications firms, who would invariably benefit from being allowed to redefine the way the Internet works as they control the means of accessing it. In addition, opponents also include heavyweights such as Bob Kahn (inventor of TCP - "net neutrality is a slogan that would freeze innovation in the core of the Internet"*) and David Farber (Professor - "The Internet needs a makeover"**). Robert Pepper, senior managing director of global advanced technology policy believes all the pronet neutrality hype, is just that, hype.

What does the Law say

The law that affects net neutrality differs globally. In the US there is considerable debate around the topic, with the FCC being involved in trying to legislate around this area, and sometimes not by choice. For instance, a court case against Comcast was the first to seriously touch on this aspect, with Comcast was accused of unlawfully throttling BitTorrent traffic in a class action suit. Comcast settled for $16m, with the FCC stating Comcast needed to comply with transparent network management practises.

In Europe, there has been a fairly complex process underway to decide whether to legislate in this area and to what degree. In 2006 there were mixed conclusions from a number debates. One, sponsored by AT&T, concluded net neutrality legislation would be unattractive. Other debates at the Royal Society and Institute of Public Policy Research, in the same year, reached conclusions that were in favour of it.

In 2009, as part of the Telecoms Package (to be implemented in May 2011 by all EU member states), service providers were to be held to a higher standard of transparency, making it compulsory for service providers to inform customers whether the service they are subscribing to includes any traffic management techniques and what the impact of those would be on service quality or any other restrictions. AT&T put forward 5 revisions to this, of which it successfully achieved 2 of them. The two revisions essentially leave the door open for discrimination against websites and users.

Are we truly net neutral today and if so, how long can it be sustained?

There are a number of central arguments used in opposition to any kind of net neutrality legislation. Firstly, that the ability to charge users/sites different rates for differing levels of access will provide the revenues to ISPs and other network operators necessary for them to recoup their investments in broadband networks. Verizon has said there is no current incentive for it to develop and deploy advanced, superfast fibre optic networks if it can't charge more for access to such networks. Verizon and a number of ISPs have often referred to firms like Google and Skype as 'freeloaders' for making money using networks that they have provided at a cost of billions.

Secondly, many suggest what we have right now isn't in fact net neutrality at all. The biggest firms can invest in higher bandwidth deals and server replication to provide faster access for its users in comparison to smaller sites that wouldn't be able to afford such infrastructure, for net neutrality isn't even something that exists to uphold.

Thirdly, the increase in rich media means infrastructure providers have far more pressures on their resources than was once the case. Bret Swanson of the Wall Street Journal suggests Youtube streams as much data in 3 months than the world's radio, cable and broadband television channels stream in one year, i.e. 75 petabytes. By extension he believes telecommunications firms are simply not ready for the era of 'exabyte' delivery and something needs to give.

The ball is in the FCC's court. Given the FFC is facing powerful and influential pressure on both sides, it won't be able to please everyone. The next few weeks will be very interesting as we see the debate unfold in the commercial, political, and invariably in the press world. Of further interest to us search people is what impact it may have on Google generally. Wired called Google a "net neutrality surrender monkey" this month, which means it has two challenges, one of which is legislative and the other reputational.

Greenlight is an independent specialist SEO and PPC consulting and technology firm, the largest of its kind in Europe and the fastest growing. With over 100 blue-chip clients including Vodafone, British Gas, Interflora, Co-operative Financial Services and ghd, and a multitude of awards to its name, Greenlight is a leader in the search marketing space, and is recognised worldwide for its commitment to delivering record ROI for its clients and investing in the future of search.

In addition, Greenlight is considered the premier thought leader in the sector, publishing widely read industry reports, original research, speaking at most trade events, and delivering a highly respected search training programme in conjunction with the IDM. Greenlight was founded in 2001 and is headquartered in London, with offices in New York. www.greenlightsearch.com

Recommend Net Neutrality: What's all the fuss about? press release