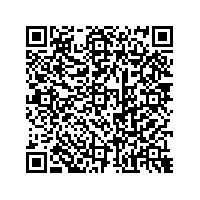 (PresseBox) ( London, 12-09-12 )
Following on from credit cards and bank accounts, Google has launched a price comparison service for car insurance in the UK, prominently promoted in its search engine results pages when a relevant online search is made. The launch will likely be viewed by many players in the sector as Google's most aggressive move to date as it continues its foray into the financial services arena.

According to Andreas Pouros, chief operating officer at leading independent Digital Marketing agency, Greenlight, whilst Google's latest endeavour will come as no surprise to incumbent financial comparison search sites, they will without doubt be rattled and with good reason. Pouros also notes Google itself will have to convince consumers and the car insurance providers themselves, why its comparison site should be their preferred parking spot.

Google's results are as competitive as incumbent comparison sites

Greenlight asked a sample of people to use Google's car insurance comparison service and also an existing comparator. It found Google's results to be as competitive as the incumbent comparison sites proving it a serious contender in the space.

Google differentiates its service in various ways. It believes trust and transparency are paramount and it will have a code of conduct for those insurers it covers. For example, it dislikes how some providers send marketing material to consumers without giving them an opt-out option. Furthermore, Google's process requires consumers to actively stipulate requirements for their policy to ensure the most appropriate car insurance policies are shown in the results and not just the cheapest, as the cheapest quotes may have undesirable features e.g. a very high excess.

Existing car insurance price comparison sites are likely concerned by Google's entry into this space for various reasons. Not only do they now have to compete with a credible new entrant, this particular one has some unique advantages, the main being that it can immediately gain visibility through search engine results pages it controls.

Greenlight's latest quarterly insurance sector report which charts the most visible insurers online for home, travel and car insurance in July, found that GoCompare.com, Confused.com and MoneySupermarket.com were the three most visible car insurance advertisers achieving a 92%, 83% and 78% share of visibility, respectively. Google had no presence.

Following on from Google's announcement, Greenlight researched further. The results, based on Google's first day's visibility (September 11 2012), show its visibility for car insurance-related searches in sponsored results has gone from 0% to 75%. According to Greenlight, this equates to Google's car insurance comparison service being visible for at least 500,000 relevant UK searches per month from this point forward.

Based on this, Greenlight forecasts Google will almost certainly be the second most visible car insurance comparator in paid results for the rest of September, and therein in the position thereafter, assuming its level of integration within search results remains, putting it ahead of some notable names.

"Whilst Google has given itself immense visibility, that is not to say it is not providing a great service, in particular our sample noted how quick the quotation process was - nicely in keeping with Google's traditional process of making speedy data delivery central to how it build products", says Pouros.

There may also be questions over the data Google might be collecting with this new service too – Greenlight did not find anything in Google’s terms and conditions to preclude it from using it to improve its ad targeting of users across the network. This is not to say that this would be a bad thing as it would potentially improve a user’s wider Google experience.

“Only time will tell if consumers see value in this service, and to what degree it changes their research and buying behaviours. For the incumbent price comparison sites, Google’s move would have come as no surprise and the next few weeks will be a period of intense data gathering to ascertain how this will impact their businesses in the short, medium and long term. Anecdotally however, when Google entered the credit card market, it had absolutely zero impact on one of our credit card clients – so it is not a given that Google’s latest move will be a disaster for the existing players as some have prematurely speculated. The market has room for Google too, and it may just mean that everyone has to share it with just one more competitor.”

Andreas Pouros is Chief Operating Officer at Greenlight. He has been involved in search marketing for over twelve years, working for some of the biggest and most prestigious global blue chip companies. Andreas is responsible for an international team of Search consultants, developers, programmers, and copywriters. In his role, he provides guidance to well-known brands, including Santander, New Look, Sky as well as a number of government bodies.

Greenlight is a leading independent digital marketing agency, providing Search and Social Media services. With over 100 blue-chip clients including Santander, New Look, Sky and ghd, Greenlight is a leader in the digital marketing space, and is recognized worldwide for its commitment to delivering record ROI for its clients and investing in the future.

Greenlight is considered the premier thought leader in the sector publishing widely read industry reports, original research and speaking at trade events. Founded in 2001, Greenlight is headquartered in London, with offices in New York. www.greenlightdigital.com