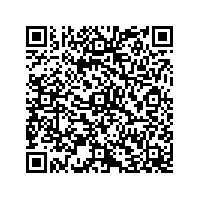 Visit by Ilse Aigner, the Bavarian economics minister, to Grammer’s innovation location in Haselmühl
State minister Aigner informed of recent developments at Grammer AG in talks with union and company representatives
State minister Aigner concerned at the possible consequences of a change of control at Grammer AG for jobs and the independence of a successful Bavarian company.


Bavarian economics minister, Ilse Aigner is today (Friday) visiting the Haselmühl location of Grammer, a public listed vehicle components supplier. Located in the Upper Palatinate region of Bavaria, the site develops and produces innovative seats and seating systems for trucks and offroad vehicles. This visit to the core plant near Amberg comes roughly one year after the date on which Grammer received the renowned bauma innovation award for “Genius Cab”, a cross-company project for developing future generations of driver cabins for construction machinery. Grammer is a leading development and production partner to the international commercial vehicle industry for suspended seats and the automotive industry for highly innovative interior components with a total of more than 12,000 employees around the world. With more than 3,000 employees in Germany, it is also an important local employer.

Following a visit to the production facilities and talks with employees of the Seating Systems Division, the minister held discussions with Grammer AG’s chief executive officer, Mr. Hartmut Müller, and the deputy chairman of the Supervisory Board and president of the local office, IG Metall Amberg union, Mr. Horst Ott, concerning the recent developments at Grammer AG. These talks focused on the investment in Grammer AG held by two companies owned by the Hastor family, Cascade
International Investment GmbH (Cascade) and Halog GmbH & Co. KG (Halog). Cascade wishes to exert material influence on the composition of the Supervisory Board and the Executive Board of Grammer AG and plans to replace five of the six shareholder representatives on the Supervisory Board with representatives of its own. Major customers of Grammer AG have already expressed their consternation at this development and stressed in talks with politicians, unions and the company itself that they consider the continued independence of Grammer AG’s existing governance bodies to be of crucial importance in the future.

“I was able to observe for myself the innovations in Haselmühl together with the high quality and reliability as well as the important position that Grammer holds in the supply chain,” said Ilse Aigner, the Bavarian State Minister of Economics and Media, Energy and Technology. “The concerns expressed by customers point to the risks to the company’s future business performance and, hence, a large number of jobs,” she stated, adding that “what is decisive for me is that the relations with the OEMs should be shielded from any strain, that long-term collaboration remains intact and that the good outlook for the future is preserved.” In talks with CEO Hartmut Müller and the deputy chairman of the Supervisory Board Horst Ott, she was apprised of the potential risks of any attempt by Cascade to exert influence on the Supervisory Board and management.

Employees reject transfer of control to the Hastor family

The employee representatives had previously expressed their concerns and worries about the Hastor family’s plans and the demands that had been made. “We are aware that the leading automotive OEMs reject the Hastor family’s involvement or the planned change of control and could take this into account in future contract awards,” said Horst Ott, deputy chairman of Grammer AG’s Supervisory Board and president of the local office, IG Metall Amberg union. “As employee representatives, we call on the Hastor family to withdraw from Grammer and to refrain from seeking any changes in the independent governance structures. Grammer has earned an excellent reputation in the industry and its employees are committed to doing all they can to avert even the slightest harm to this reputation,” he added.

“The Grammer Group is on a clear path of success. Over the last few years, we have achieved impressive results by systematically implementing our strategy with the support of the entire Supervisory Board and more than doubling our research and development expenses. We are now able to reap the benefits of this in the form of high growth, rising profitability and excellent customer relations,” said Hartmut Müller, chief executive officer of Grammer AG. “We are pleased to have the support of politicians and unions in this dispute with Cascade. We do not understand Cascade’s demands and to this very day do not know the background to the Hastor family’s activities and goals with respect to Grammer AG. We greatly regret the fact that Cascade has turned down all opportunities for discussion,” said Müller, explaining the management’s position.